In UAE For IPL, Hardik Pandya Is Missing His "2 Angels". See Pic

Hardik Pandya left for the United Arab Emirates for IPL 2020 shortly after he and Natasa Stankovic had a son recently. 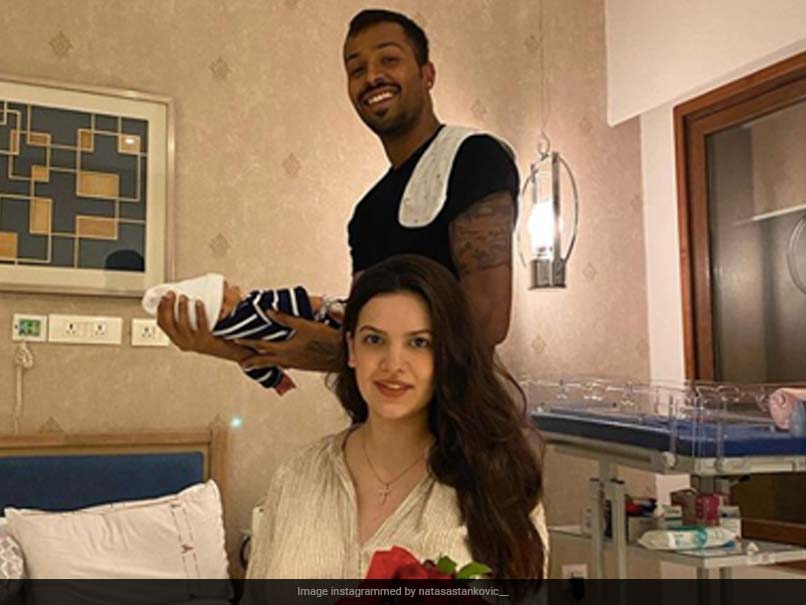 India and Mumbai Indians all-rounder Hardik Pandya arrived in the United Arab Emirates (UAE) on Friday, but is already missing his "two angels" - his partner Natasa Stankovic and their new-born son. Pandya on Monday took to Instagram to share a screenshot of a video call with his family. In the photo, a smiling Natasa is accompanied by her and Pandya's son, who seems to be peacefully asleep. Hardik, sporting his usual gold chain, is seen all smiles on his end in the long-distance family photo.

"Missing my 2 angels," Pandya captioned the picture and added "Blessed to have you both in my life."

Natasa Stankovic responded to the picture with an adorable comment.

"We love you and miss you," she wrote, with a hug emoji.

KL Rahul, a close friend of Hardik Pandya, was one of the first to respond to the picture.

"Angel," he wrote, along with a heart emoji.

Pandya also tweeted the picture, and another one of his close friends and India teammates Dinesh Karthik responded to it on the microblogging site.

Natasa Stankovic gave birth to their son on July 30. "We are blessed with our baby boy," Hardik Pandya had captioned a picture he shared on Instagram.

The couple had announced their engagement in January this year.

The all-rounder, who has missed a fair chunk of cricket since the 2019 World Cup due to injuries, has been working hard to gear up for the IPL, which will see India's cricket stars in action for the first time since the tour of New Zealand in February.

The cash-rich league is set to begin on September 19, with defending champions Mumbai Indians taking on Chennai Super Kings in the tournament opener.

Mumbai Indians IPL 2020 Cricket
Get the latest updates on India vs Australia and check out  Schedule, Results and Live Score. Like us on Facebook or follow us on Twitter for more sports updates. You can also download the NDTV Cricket app for Android or iOS.