Mumbai Indians shared a series of pictures from Hardik Pandya's net session, where he is playing all kinds of shots, while flexing his perfectly toned muscles. 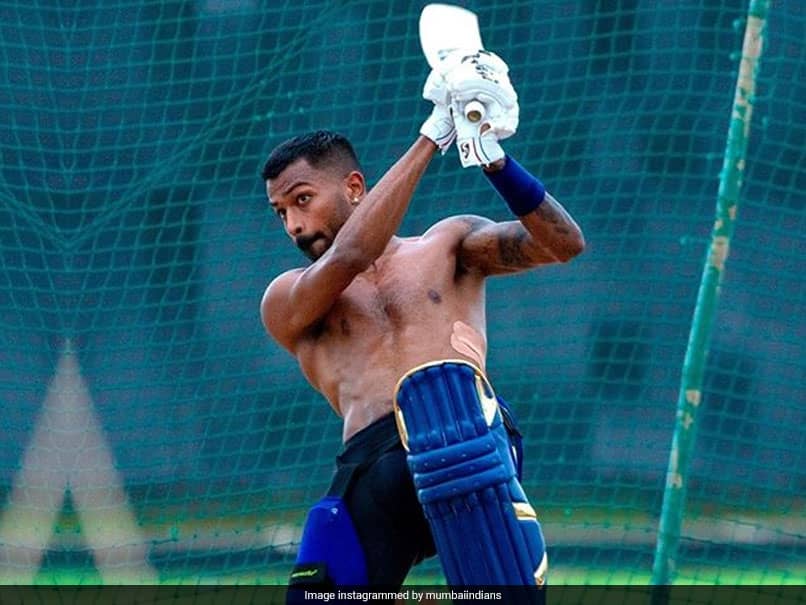 Hardik Pandya's preparations for IPL 2020 is in full swing.© Instagram

With the 30-day countdown for the Indian Premier League (IPL) 2020 underway, most franchises have fast-tracked their preparations for cash-rich league, which will start on September 19 in the United Arab Emirates. Mumbai Indians all-rounder Hardik Pandya's preparations is also in full swing. The Mumbai-based franchise shared a series of pictures from Hardik's net session, where he is playing all kinds of shots, while flexing his perfectly toned muscles. "Caution: Kung Fu Pandya at work. #OneFamily #IPL2020 @hardikpandya93," Mumbai Indians captioned the Instagram post.

Mumbai Indians fans, who are eagerly waiting for the IPL to begin, were completely mesmerised by their star player's powerful net session and left loving comments on the pictures. Hardik's sister-in-law left a couple of cute emojis to show her affection for the post.

Hardik is many among Indian players who have benefited a lot from the IPL and made into the national cricket team, after impressing the selectors season after season.

Hardik was one of the standout performers for his side as they lifted their record 4th IPL title, after defeating MS Dhoni-led Chennai Super Kings (CSK) by one run in the final last year.

The Indian all-rounder had a tremendous IPL 2019 where he scored over 400 runs at an outstanding strike rate of 191.42, in addition to picking up 14 wickets in 16 matches.

Despite a terrific IPL, Hardik's season was marred by several injuries which kept him out of action for the majority of the season, with his international appearance coming in September 2019. He even had to undergo a surgery in the UK to treat his back problem.

After a long layoff, Hardik is raring to go and prove his mettle once again in this year's IPL and is practicing hard to get the desired results, so that he can give all his fans a reason to smile amid these worrying times.

Hardik Pandya IPL 2020 Cricket
Get the latest updates on IPL 2020, check out the IPL Schedule for 2020 and Indian Premier League (IPL) Cricket live score . Like us on Facebook or follow us on Twitter for more sports updates. You can also download the NDTV Cricket app for Android or iOS.