Chennai Super Kings' pacer Deepak Chahar, who has recovered from coronavirus, reveals how he spent time during quarantine. 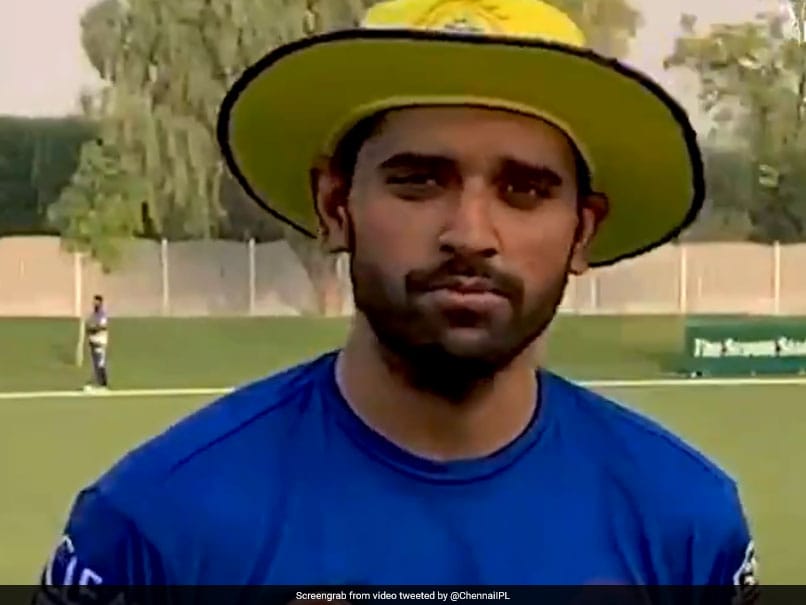 IPL 2020: Deepak Chahar expressed confidence over his physique, having bowled in the nets.© Twitter

Chennai Super Kings' (CSK) pacer Deepak Chahar revealed how he spent time during quarantine, in a video shared by the franchise's official Twitter handle. Chahar stated that he watched the team's practice sessions with a positive outlook at every stage. The 28-year-old further revealed that he tried to do some training, in order to ensure proper fitness on making a comeback to the team. The pacer also expressed confidence over his physique, having bowled in the nets during a team training session. "I was watching the team's practice sessions. I always take things positive. I tried to do some exercises, some training so that I can be fit when I come back. I posted few things. Hopefully, I bowled yesterday, so I am feeling pretty well and in good shape. (sic)," said Chahar in the video.

The 28-year-old further hailed all-rounder Shane Watson's batting during the practice sessions. "He's hitting it out of the park and against the wind. Hopefully, he continues for the next two months," he stated.

Chahar also had words of praise for Indian batsman Murali Vijay, who he described as looking "pumped up". "He hit some beautiful sixes and boundaries over covers. He looks pumped up."

CSK will be battling it out against Mumbai Indians (MI) in the opening clash of the 13th edition of the Indian Premier League (IPL), on September 19. The former will be missing out on the services of spinner Harbhajan Singh, who has opted out of the tournament due to personal reasons.

Chennai Super Kings Deepak Chahar Cricket
Get the latest updates on ICC T20 Worldcup 2022, check out the Schedule and Live Score. Like us on Facebook or follow us on Twitter for more sports updates. You can also download the NDTV Cricket app for Android or iOS.