Chennai Super Kings captain MS Dhoni took to the nets in the build-up to the 13th season of Indian Premier League. 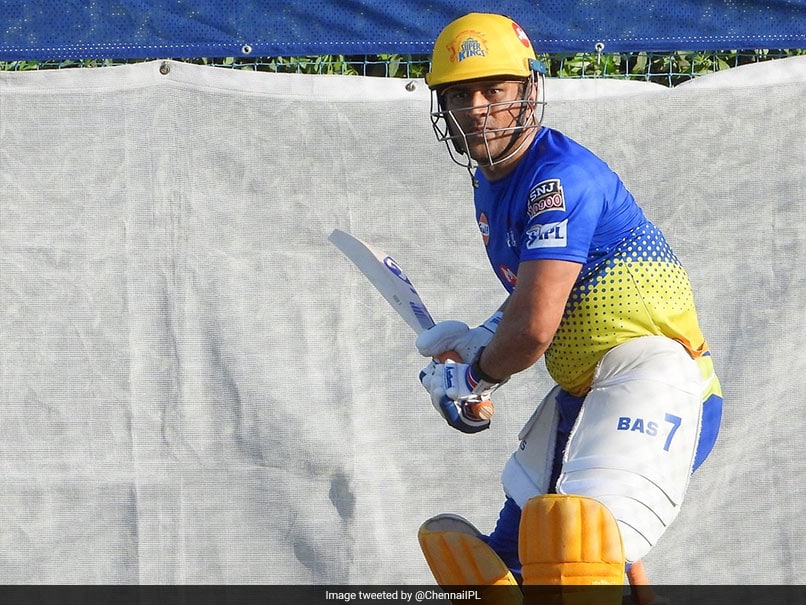 MS Dhoni's retirement from international cricket has put the spotlight on his role at Chennai Super Kings (CSK), where as captain and one of the lead batsmen he has his task cut out in terms of winning CSK a fourth Indian Premier League (IPL) title. Dhoni's presence at the crease has been missed by fans ever since his dismissal in the 2019 World Cup semi-final in Manchester in July 2019, his last international appearance, and CSK gave a glimpse of what could be seen on September 19 when they play Mumbai Indians in IPL 2020 openerin Abu Dhabi. CSK posted a picture on social media where Dhoni is seen ready to face a delivery in the nets.

“It's all in the ice,” wrote CSK in the caption, referring to the ice-cool demeanour on the field that Dhoni is known for.

Dhoni retired from international limited-overs cricket on August 15, more than a year after making his last appearance for India. However, his availability for CSK remains beyond doubt as CEO Kasi Viswanathan has said he expects Dhoni play the IPL 2021 and even 2022.

For this season, though, Dhoni's task has been made all the more difficult with the withdrawals of two key players – Suresh Raina and Harbhajan Singh.

Both players pulled out of this IPL season due to personal reasons after a spate of COVID-19 positive cases halted CSK's campaign.

Two players along with members of the support staff were tested positive for the coronavirus.

However, the rest of the squad has completed an extended quarantine period after having tested negative for the virus and preparations are in full swing for the 2018 champions.

MS Dhoni IPL 2020 Cricket
Get the latest updates on Fifa Worldcup 2022 and check out  Fifa World Cup Schedule, Stats and Live Cricket Score. Like us on Facebook or follow us on Twitter for more sports updates. You can also download the NDTV Cricket app for Android or iOS.