The IPL franchises gave their first reactions to the BCCI's announcement of the full schedule for IPL 2020 on Sunday. 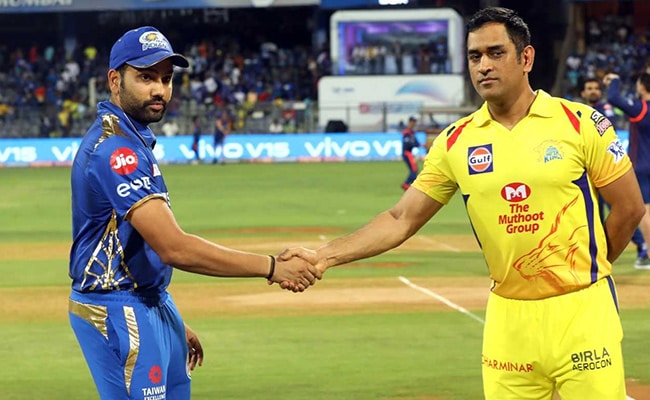 Mumbai Indians take on Chennai Super Kings in Match No. 1 of IPL 2020 on September 19.© BCCI/IPL

The Board of Control for Cricket in India (BCCI) announced the full schedule of the Indian Premier League (IPL) 2020 on Sunday. The league is slated to begin on September 19 with the defending champions Mumbai Indians taking on 2018 champions Chennai Super Kings. The eight IPL teams will play 24 matches in Dubai, 20 in Abu Dhabi and 12 in Sharjah. The teams gave their first reactions to the schedule moments after it went live on the IPL website. “Save the dates and keep your Blue & Gold ready! The next few months are going to be awesome,” tweeted Mumbai Indians. Rajasthan Royals tweeted out a graphic of their schedule with a picture of one of their players.

Save the dates and keep your Blue & Gold ready! The next few months are going to be awesome https://t.co/86b9bXxVSf

Chennai Super Kings gave a prelude to what is now certain to be the scene at the toss on September 19 in Abu Dhabi.

“ATTENTION #OrangeArmy,” said SunRisers Hyderabad as they tweeted a graphic of all their fixtures for IPL 2020.

"Let's get rollin'!" tweeted Kings XI Punjab along with their IPL schedule.

Royal Challengers Bangalore invoked their fans – the 12th Man Army – as they shared their schedule.

It's time to #PlayBold, 12th Man Army! Our season begins on the st of September against Sunrisers Hyderabad in Dubai!

Delhi Capitals expressed their excitement with a GIF. "CAN'T. KEEP. CALM" was how they captioned their post

The schedule for the playoffs will be released at a later stage.

Sunrisers Hyderabad IPL 2020 Cricket
Get the latest updates on Fifa Worldcup 2022 and check out  Fifa World Cup Schedule, Stats and Live Cricket Score. Like us on Facebook or follow us on Twitter for more sports updates. You can also download the NDTV Cricket app for Android or iOS.