"Your Last Game Ever In Yellow?" MS Dhoni's Two-Word Reply To Danny Morrison

MS Dhoni was asked during the toss for the IPL 2020 clash between Chennai Super Kings and Kings XI Punjab, if it was his "last game ever in yellow?" His reply sent Twitter into a frenzy. 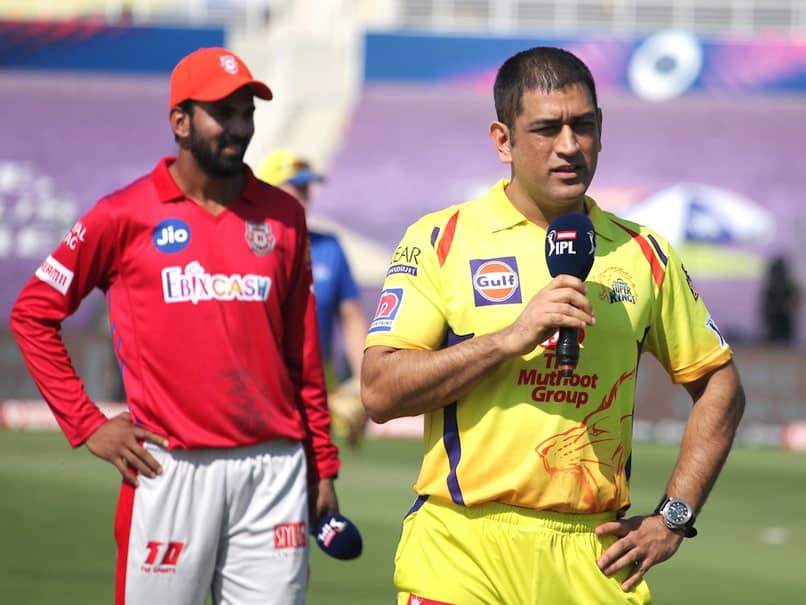 MS Dhoni gave an emphatic reply when asked if the match against KXIP was his last in CSK colours.© BCCI/IPL

MS Dhoni, Chennai Super Kings captain, cleared the air about his future with the franchise on Sunday, saying what most fans wanted to hear. At the toss for the match between CSK vs KXIP, former New Zealand cricketer Danny Morrison asked the CSK captain "will this be your last game ever in yellow?" Dhoni was quick to respond and gave an emphatic two-word answer -- "Definitely not". In a season that saw CSK failing to qualify for the playoffs for the first time in IPL's history, rumours started doing the rounds that CSK's last league game of this year's IPL could be MS Dhoni's last in the tournament. But the former India captain put those rumours to rest on Sunday.

Here's what Dhoni said at the toss:

Danny Morrison : Could this be your last game in yellow ? #MSDhoni : Definitely Not!#CSK have won the toss and they will bowl first against #KXIP in Match 53 of #Dream11IPL pic.twitter.com/KhaDJFcApe

Fans on Twitter went to a frenzy as soon as Dhoni answered Morrison's question.

Definitely Not is trending with 46.1 tweets There's no Bigger Brand than MS Dhoni. #CSKvKXIP pic.twitter.com/QqDu9j8AJ1

Danny Morrison - Could this be the last match of yours in yellow jersey?

Said two words and it's trending at no 1. Whole India loves u sir no matter what #dhoni #CSKvKXIP pic.twitter.com/pkbI9ikGhT

CSK made three changes to their lineup with Faf du Plessis, Imran Tahir and Shardul Thakur coming in for Shane Watson, Mitchell Santner and Karn Sharma.

For KXIP, Mayank Agarwal came back into the playing XI in place of Arshdeep Singh.

CSK are already out of the race for a spot in the playoffs while it is a do-or-die fixture for KXIP.

Punjab need a win over Chennai and hope that other results go in their favour in a bid to advance to the next stage of the ongoing T20 tournament.

CSK are coming into the game on the back of two consecutive wins while KXIP suffered a defeat in their last fixture as they went down to Rajasthan Royals.

KL Rahul IPL 2020 Chennai Super Kings vs Kings XI Punjab, Match 53 Cricket
Get the latest updates on IPL 2021, IPL Points Table , IPL Schedule 2021 , live score . Like us on Facebook or follow us on Twitter for more sports updates. You can also download the NDTV Cricket app for Android or iOS.