Royal Challengers Bangalore are on a high after beating Chennai Super Kings in a close match. 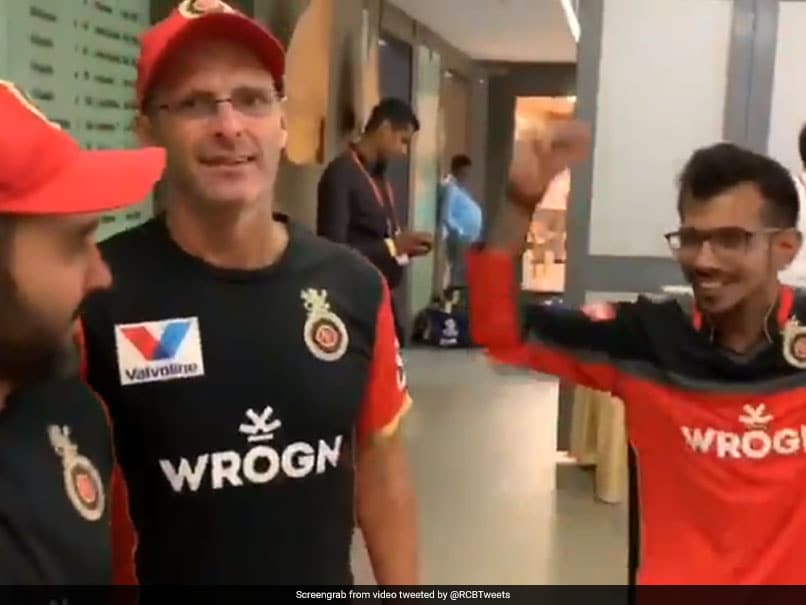 Royal Challengers Bangalore defeated Chennai Super Kings by one run in a last-ball Indian Premier League (IPL) 2019 thriller on Sunday. Wicketkeeper-batsman Parthiv Patel top-scored with 53 runs off 37 balls, including two boundaries and four sixes, and effected a crucial run-out on the last ball to help RCB beat CSK for the first time since 2014. Following the victory, RCB shared a video of coach Gary Kirsten and Parthiv Patel sharing a light moment when spinner Yuzvendra Chahal made his appearance with some amusing dance moves. "Oye jeet gaye," Yuzvendra Chahal was heard singing along with his impromptu Bhangra-like moves.

The 15-second-long video left RCB fans in splits with some relating themselves to Chahal after a surprising win.

Currently, RCB are placed at the bottom of the IPL 2019 points table with three wins and seven defeats.

With a win over CSK, Virat Kohli and his team kept their play-offs hope alive. However, they need to win all their remaining league stage matches to qualify for the play-offs.

RCB will next host Kings XI Punjab in Bengaluru on Wednesday.

Under the captaincy of Ravichandran Ashwin, KXIP will look to avenge their previous defeat. In the home-leg, Punjab had suffered an emphatic eight-wicket loss to RCB on April 13.

Parthiv Patel Royal Challengers Bangalore vs Chennai Super Kings, Match 39 Cricket
Get the latest updates on Olympics 2020, Olympics 2020 Medal Tally, Live Cricket Score . Like us on Facebook or follow us on Twitter for more sports updates. You can also download the NDTV Cricket app for Android or iOS.