Virat Kohli has been leading Royal Challengers Bangalore for past six seasons but the star-studded unit has massively underachieved. 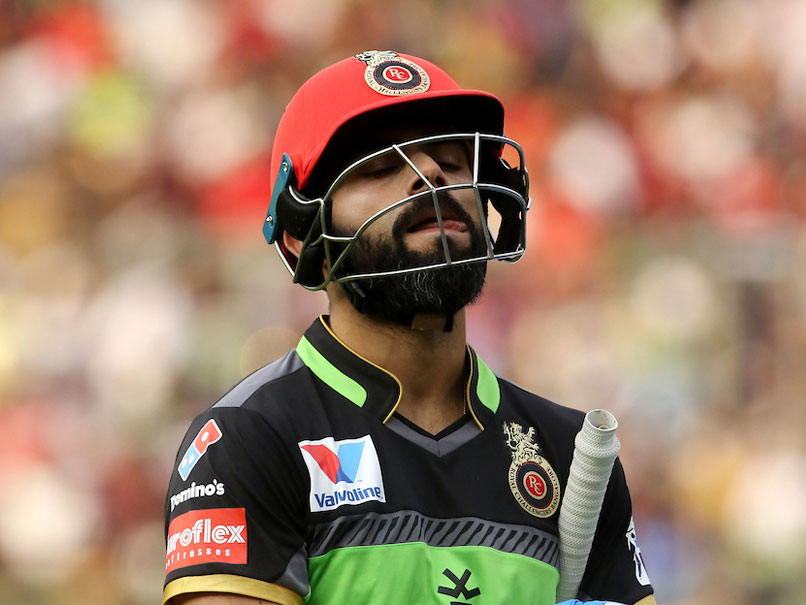 Virat Kohli, the Royal Challengers Bangalore skipper, said that he has no more excuses to give after his team slumped to a record-equalling sixth straight defeat in the Indian Premier League on Sunday. Delhi Capitals defeated Royal Challengers Bangalore by four wickets as they chased down the target of 150 with seven balls to spare. Kohli's side, who are yet to win the coveted Indian Premier League title, are rock bottom in the eight-team league and the captain has become increasingly frustrated with his side's performances. "We need to grab those chances, can't give excuses every day. We weren't good on the day again. That's the whole story of RCB this season," Kohli said after the loss in Bengaluru.

RCB now share the dubious record of a team's worst IPL start along with Delhi Capitals (previously Delhi Daredevils), who suffered six losses in a row in 2013.

"When the mind is cluttered, you wouldn't be able to focus on the chances that come your way. Clarity of mind is very important in the game especially if you want to convert the half chances and pull the game back.

Iyer was dropped by wicketkeeper Parthiv Patel early into his knock and got another lifeline on 42.

RCB have dropped 15 catches so far in their six outings and Kohli is of the view that he cannot control these things beyond a point.

"There's nothing more you can tell the team. We've asked the boys to take responsibility. It hasn't happened so far, and that's the reality," said Kohli, who leads the IPL batting chart with 5,151 runs.

"Personally, not trying to control. After a while, it's about the skill. Key is to relax, whatever's in front of us. We want to enjoy as a team, otherwise we won't be able to play any good cricket," he added.

Kohli has been leading the team for past six seasons but the star-studded unit has massively underachieved.

Virat Kohli IPL 2019 Cricket Royal Challengers Bangalore vs Delhi Capitals, Match 20
Get the latest updates on SA vs IND 2021-22, check out the Schedule and Live Score . Like us on Facebook or follow us on Twitter for more sports updates. You can also download the NDTV Cricket app for Android or iOS.