Virat Kohli and Royal Challengers Bangalore are feeling the heat in IPL 2019 after previous years of underachieving. 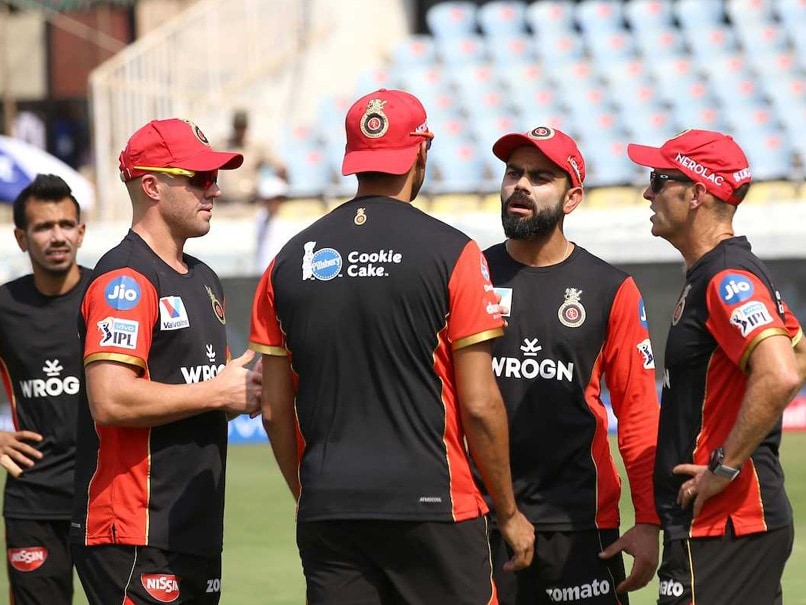 Virat Kohli-led RCB are yet to win a single match in IPL 2019.© BCCI/IPL

After years of underwhelming performances, many thought IPL 2019 will be the edition when Royal Challengers Bangalore finally break their title jinx. However, it has been another astonishingly poor start for RCB with three back-to-back defeats relegating them to the bottom of the table. Virat Kohli and his team have struggled both with the bat and ball. RCB captain Virat Kohli himself has struggled to get going with the bat. Barring a 32-ball 46 in RCB's second match against Mumbai Indians, the star batsman has managed scores of 6 and 3 in his other two outings.

On Sunday, RCB were completely embarrassed by SunRisers Hyderabad, losing the match by a whopping 118 runs as Jonny Bairstow and David Warner ran riot at the Rajiv Gandhi International Stadium.

It was a third consecutive defeat for Virat Kohli's side who along with Rajasthan Royals are the only two teams to not yet win a match in IPL 2019.

After RCB's humiliating defeat at the hands of SRH, fans' patience with the team and also Virat Kohli seems to be wearing thin.

Some fans seem to have had enough and besides calling for Virat Kohli's head, several memes, mocking RCB and their captain, started doing the rounds on Twitter.

Virat Kohli with #RCB bowlers, all 6 of them. pic.twitter.com/faklfW5QFd

Virat Kohli and AbD after remembering they need to play 11 more matches with this squad. pic.twitter.com/8LwCjrnJi5

Anushka says to Virat Kohli when he comes to home.#SRHvRCB pic.twitter.com/w3SuiXeFWL

Someone please sack @imVkohli from RCB. This shameless captain doesn't believe in his team, he needs only personal publicity. The result of which we are seeing today defeat after defeat. @imVkohli have some shame man and hear from outsider @GautamGambhir

I wonder how did RCB cross 100? I was expecting a 40-50 all out. Sack @imVkohli captaincy!
Every RCBian is ridiculed for the 3d year continuously since 2017. Worst team selection absolute no brainer captaincy. Stop talking abt bowlers, where are the batters? pic.twitter.com/tlVbrEpBvs

If anyone is wondering why @imVkohli is still the captain of the @RCBTweets despite such a pathetic record, just look at the front of their jersey. You can't sack your sponsor, can you? I can't see any other reason. Enlighten me, please!#IPL12

Royal Challengers Bangalore will be hoping for a change in fortunes quickly. Virat Kohli and his team will next be seen in action on Tuesday when they pay Rajasthan Royals a visit at the Sawai Mansingh Stadium in Jaipur.

After this match only one team will be left winless in IPL 2019 and RCB fans will be hoping it's not their team.

David Warner Jonny Bairstow IPL 2019 Sunrisers Hyderabad vs Royal Challengers Bangalore, Match 11 Cricket
Get the latest updates on ICC T20 Worldcup 2022, check out the Schedule and Live Score. Like us on Facebook or follow us on Twitter for more sports updates. You can also download the NDTV Cricket app for Android or iOS.