Andrew Tye was the Purple Cap holder in the Indian Premier League 2018. 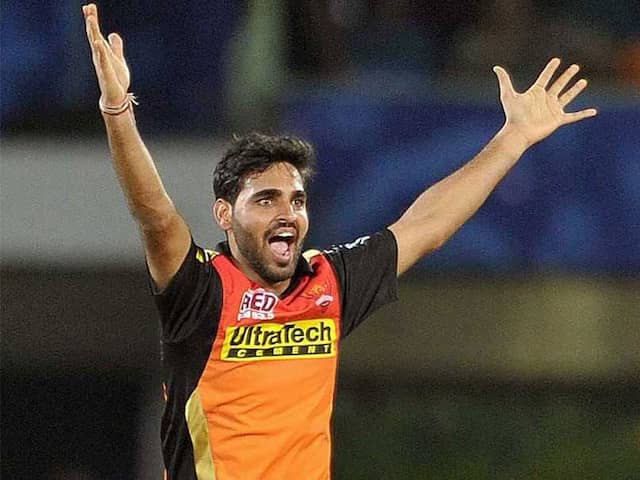 Bhuvneshwar Kumar is the only Indian to hold the Purple Cap twice in the IPL.© AFP

Twenty20 cricket is usually considered unfair to bowlers but looking at the Purple Cap in the Indian Premier League, one is forced to think otherwise. The Purple Cap has usually been the cynosure of all bowlers' eyes, because the ones to wear it are those who pick the highest number of wickets in a season. As we come closer March 23, the date when the Indian Premier League 2019 starts, we can turn back the clock to roll our eyes on the Purple Cap holders at the end of every IPL season.

Sohail Tanvir was not only known for his unusual bowling action. He was also an effective bowler, who became a sensation in the very first season of the Indian Premier League. He won the Purple Cap after clinching 22 wickets, leading the veteran Shane Warne with a gap of three. He pulled the feat off in only 11 matches.

RP Singh was simply sensational in the second IPL season, overtaking the veteran Anil Kumble in the wickets tally. RP Singh had clinched 23 wickets, surpassing Anil Kumble's count of 21. Singh had a major contribution in helping the Deccan Chargers clinch the 2009 IPL title.

In 2010, another Indian bowler took the top spot in the bowlers chart. Pragyan Ojha maintained his dominance throughout the season, with Anil Kumble a close second. Ojha had 21 wickets to under his belt, and Kumble, representing the Royal Challengers Bangalore, had only managed 17.

The year 2011, saw an end to the Indian dominance on the Purple Cap over the past two seasons, as Sri Lanka's Lasith Malinga took a whopping 28 wickets to wear it with pride by the end of the season. Malinga was six wickets clear of India's Munaf Patel, who had picked 22 wickets for the Mumbai Indians. Malinga had one five-wicket haul to his name.

South Africa's Morne Morkel, playing for what was known as Delhi Daredevils back then, picked 25 wickets and overtook Kolkata Knight Riders' Sunil Narine, who had 24 scalps in his kitty. A close third to Sunil Narine was Lasith Malinga, who had 22 wickets for the Mumbai Indians.

Windies all-rounder Dwayne Bravo picked up as many as 32 wickets in the 2013 edition, and left behind the likes of James Faulkner (28) and Harbhajan Singh (24). But unfortunately, Bravo's 32 wickets couldn't help Chennai Super Kings win the title, which Mumbai Indians finally won.

Chennai Super Kings' Mohit Sharma had become an Indian Premier League star in 2014, especially after holding the Purple Cap with 23 wickets under his belt. He has overshadowed Sunil Narine, who had 21 wickets to his name.

After Dwayne Bravo, it was time for Bhuvneshwar Kumar to rule the roost for some time. In 2016, Bhuvneshwar won the Purple Cap for the first time, clinching 23 wickets, helping Sunrisers Hyderabad clinch the title. Trailing behind was a wet-behind-the-ears bowler, Yuzvendra Chahal, with 21 scalps to his name for Royal Challengers Bangalore.

In 2017, Bhuvneshwar Kumar became the first Indian to hold the Purple Cap twice in the Indian Premier League. He took a total of 26 wickets, with the high-priced Jaydev Unadkat at No.2 with 24 wickets.

Andrew Tye picked up 24 wickets at an economy of 8.00 for Kings XI Punjab. Trailing him on the list was Sunrisers Hyderabad spinner Rashid Khan had 21 wickets to his name.