Riyan Parag's father, Parag Das, had been MS Dhoni's first ever stumping victim in the Ranji Trophy, back in the 1999-2000 season. 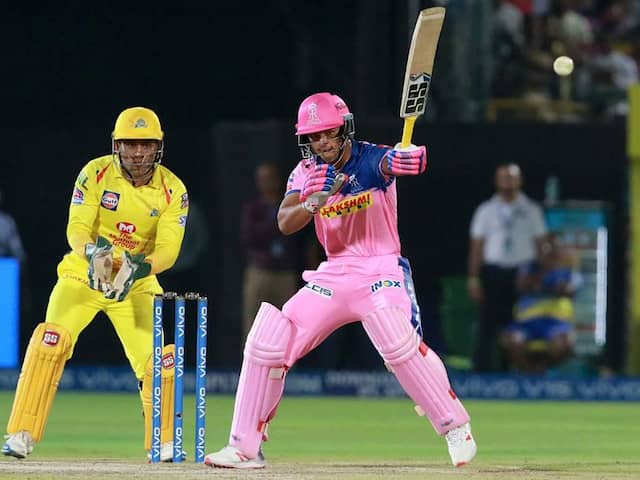 Riyan Parag, the 17-year-old who has become the toast of the town after his match-winning 47 for Rajasthan Royals (RR) against Kolkata Knight Riders (KKR) in the Indian Premier League (IPL) match on Friday, said he played a shot like MS Dhoni in the match without even having prepared to play that particular shot. In a video posted on IPLT20.com, the youngster says his version of the "helicopter shot" is something he has played in domestic cricket previously and that his execution of the shot came about in the IPL purely on instinct.

The Helicopter shot, knuckle inswinger story ft. Aaron & Riyan@VarunAaron and Riyan Parag talk about some quirky additions to their own game that helped @rajasthanroyals to a last over win in Kolkata! By @28anand. #KKRvRR

In a video posted on IPLT20.com, the youngster is seen in conversation with RR teammate Varun Aaron. "Everybody's talking about this MSD-inspired shot, can you take us through the shot," Aaron asks Parag.

Parag says, "There is no inspiration behind that shot. I have played that shot before for my state team as well. I hadn't even practised or prepared for that shot. It just came instinctively."

Riyan Parag, one of the breakout stars of the IPL this year, hails from Assam and is only the second cricketer from northeast India to play in the IPL. Abu Nechim, also from Assam, who played 17 IPL matches for Mumbai Indians and Royal Challengers Bangalore, had been the first.

There is another interesting connection between Riyan Parag and MS Dhoni. Riyan Parag's father, Parag Das, had been MS Dhoni's first ever stumping victim in the Ranji Trophy. Playing in his debut Ranji match, in the 1999-2000 season for Bihar against Assam, Dhoni had stumped Parag Das.

Earlier this season, in the match between Rajasthan Royals and Chennai Super Kings, Riyan Parag, the son, was caught behind by MS Dhoni.

MS Dhoni IPL 2019 Cricket
Get the latest Cricket news, check out the India cricket schedule, Cricket live score . Like us on Facebook or follow us on Twitter for more sports updates. You can also download the NDTV Cricket app for Android or iOS.