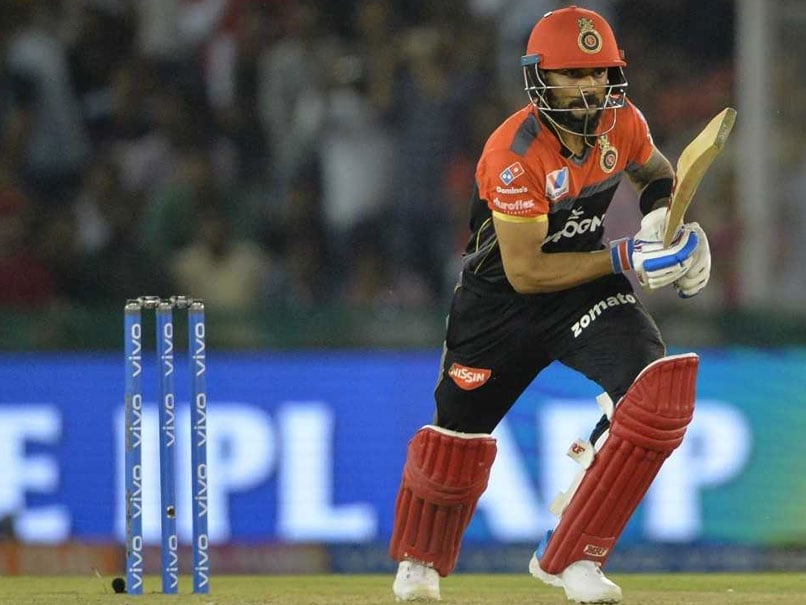 RCB vs KXIP IPL Score: Virat Kohli got RCB off to a flyer against KXIP.© BCCI/IPL

Virat Kohli and AB de Villiers notched up brilliant half-centuries to inspire Royal Challengers Bangalore's (RCB) first win in IPL 2019 as they scored 174/2 in 19.2 overs to beat Kings XI Punjab (KXIP) by 8 wickets at the Punjab Cricket Association IS Bindra Stadium in Mohali on Saturday. In the chase, Parthiv Patel (19) and Kohli (67) got RCB off to a good start. Following the dismissal of the former, Kohli along with de Villiers (59) forged a key partnership keeping KXIP bowlers at bay to take away the match from the hosts. Kohli, who was looking in great touch fell to a soft-dismissal. From there on de Villiers was helped on with a cameo of Marcus Stoinis (28 not out) to chase down the target with four balls to spare. Earlier, Chris Gayle (99 not out) hammered Royal Challengers Bangalore bowlers to help Kings XI Punjab (KXIP) post 173/4. Asked to bat, KXIP off to a good start before KL Rahul (18) was sent back by Yuzvendra Chahal. However, Gayle continued the flow of runs as he struck eight boundaries and five hits over the fence. Mandeep Singh played an important cameo in the end to help KXIP post a competitive total. (SCORECARD)

Royal Challengers Bangalore IPL 2019 Kings XI Punjab vs Royal Challengers Bangalore, Match 28 Live Score Live Cricket Score Live Blogs Cricket
Get the latest updates on T20 World Cup, check out the T20 World Cup Schedule and Live Score . Like us on Facebook or follow us on Twitter for more sports updates. You can also download the NDTV Cricket app for Android or iOS.