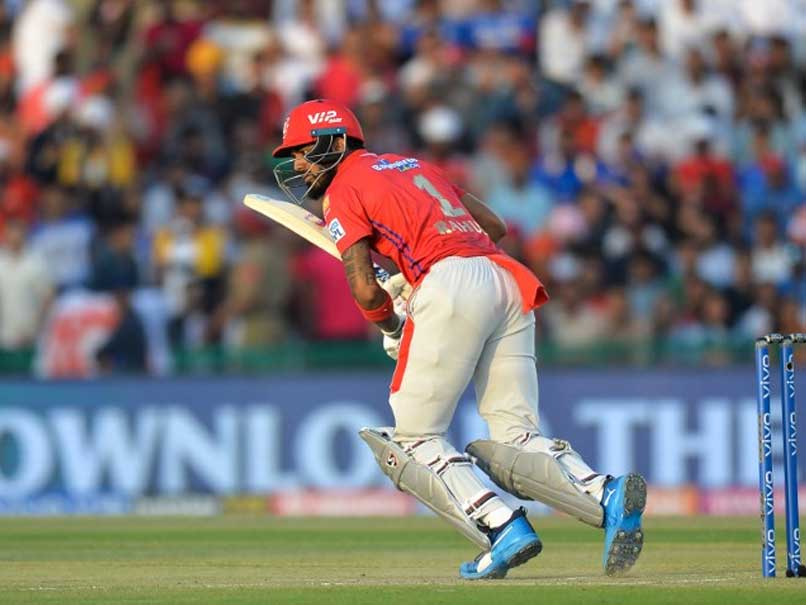 KXIP vs MI IPL Highlights: KL Rahul had a very slow start but picked up the ante towards the end© AFP

Kings XI Punjab won the match against Mumbai Indians by 8 wickets with 8 balls to spare at the Punjab Cricket Association IS Bindra Stadium in Mohali on Saturday. Their chase was spearheaded by a controlled innings from KL Rahul, who remained unbeaten on 71, and some aggressive cameos from Chris Gayle and Mayank Agarwal. Earlier, Mumbai Indians had put up a score of 176/7 in their 20 overs. They had gotten off to a great start, propelled by Quinton de Kock's 39-ball 60. The away team's scoring rate fell down considerably in the middle overs, and Hardik Pandya's 19-ball 31 helped them to put up a respectable total.  After a last-ball win against Royal Challengers Bangalore on Thursday, Mumbai Indians were looking to continue the winning momentum against controversy-hit Kings XI Punjab in the ninth match of the Indian Premier League (IPL) 2019. (SCORECARD)

Rohit Sharma IPL 2019 Kings XI Punjab vs Mumbai Indians, Match 9 Live Blogs Cricket
Get the latest updates on ICC T20 Worldcup 2022, check out the Schedule and Live Score . Like us on Facebook or follow us on Twitter for more sports updates. You can also download the NDTV Cricket app for Android or iOS.