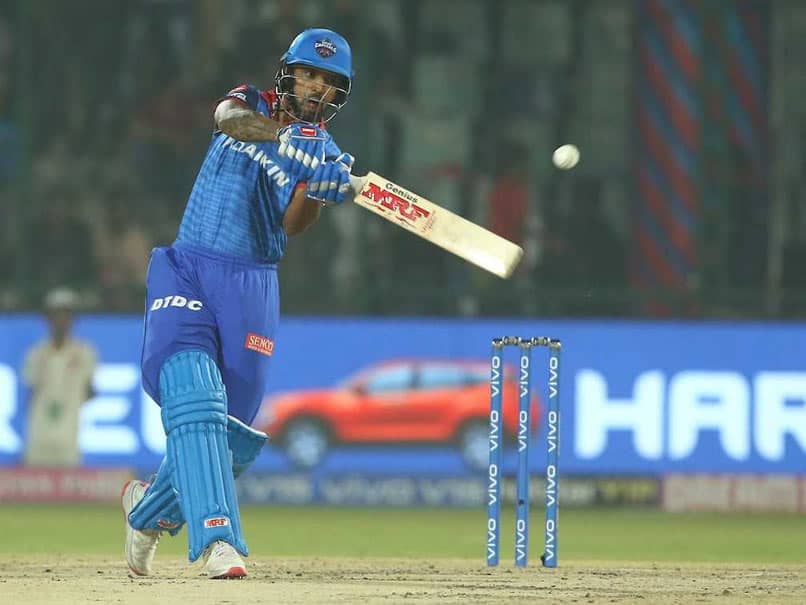 Shreyas Iyer, Shikhar Dhawan notched up brilliant half-centuries as Delhi Capitals defeated Kings XI Punjab by 5 wickets in the Indian Premier League (IPL) 2019 at the Feroz Shah Kotla on Saturday. In the chase, the hosts lost Prithvi Shaw early due a mix-up with his fellow opener Dhawan. Unperturbed by the dismissal, Dhawan and Iyer forged a key partnership and laid the foundation of their win. In the middle-order Colin Ingram contributed 19 runs off nine balls to assure DC cross over the line with ease. Earlier, Chris Gayle (69) scored his 28th half-century as Kings XI Punjab scored 163/7. Put in to bat, the visitors got off to a poor start as they lost KL Rahul (12) in the second over. Gayle continued his onslaught on the opposition bowlers from the other end. His 37-ball knock was laced with six boundaries and five hits over the fence. However, following the dismissal, only Mandeep Singh (30) played made a key contribution to the side. For Delhi Capitals, Sandeep Lamichhane was the pick of the bowlers, returning figures of three for 40. (SCORECARD)

Kings XI Punjab IPL 2019 Delhi Capitals vs Kings XI Punjab, Match 37 Live Score Live Cricket Score Live Blogs Cricket
Get the latest updates on India vs Australia Series, check out the India vs Australia Schedule for 2020-21 and Ind vs Aus live score . Like us on Facebook or follow us on Twitter for more sports updates. You can also download the NDTV Cricket app for Android or iOS.