Sourav Ganguly, who is a former KKR captain, was in the Delhi Capitals dugout for the IPL 2019 clash at the Eden Gardens. 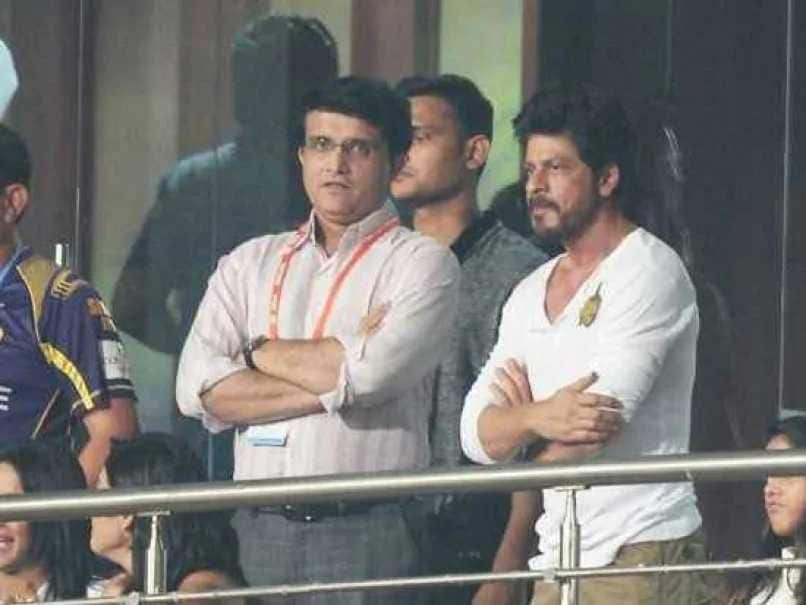 Shah Rukh Khan said the only positive in KKR's loss was that Sourav Ganguly was on the winning side.© BCCI/IPL

Kolkata Knight Riders were well beaten by Delhi Capitals in an IPL 2019 encounter at the Eden Gardens on Friday night. Sourav Ganguly, who in the past has held various roles with the Kolkata franchise including being the captain, sat in the Delhi Capitals dugout and masterminded KKR's downfall. However, despite a shiftin loyalty for Sourav Ganguly, Kolkata Knight Riders owner Shah Rukh Khan posted a special message for his team's former captain on Twitter, saying that the only positive in KKR's loss was that "our Dada was at Eden on the winning side".

Wonderful play by @RealShubmanGill & @Russell12A yet again. Losing is ok but today we kind of lacked heart, especially bowling, that's sad. Only positive out of this game was that our Dada @SGanguly99 was at Eden on the winning side. Congrats @DelhiCapitals

Shah Rukh Khan, though, was saddened by the lack of heart shown by KKR bowlers in the loss.

Delhi Capitals, however, cantered in the chase. Shikhar Dhawan smashed an unbeaten 97 off 63 balls, including 11 fours and two sixes, while Rishabh Pant contributed 46 off 31 balls as Delhi overhauled the target with seven wickets in the bag and seven balls to spare.

It was a lacklustre performance from the KKR bowlers, with most going for plenty.

Nitish Rana was the most economical bowler, taking a wicket and giving away 12 runs off his two overs. Kuldeep Yadav too was disciplined with figures of 0/28 in his four overs.

However, rest of the bowlers all had economy rates above 8 with Lockie Ferguson, Piyush Chawla and Carlos Brathwaite ending up with economy rates of 12.33, 12.35 and 13.00 respectively.

Shah Rukh Khan will be hoping his team bounce back when they host IPL table-toppers Chennai Super Kings at the Eden Gardens on Sunday.

Andre Russell Shubman Gill Cricket
Get the latest updates on T20 World Cup, check out the T20 World Cup Schedule and Live Score . Like us on Facebook or follow us on Twitter for more sports updates. You can also download the NDTV Cricket app for Android or iOS.