CSK remain at the top of the IPL table, their four-point lead intact. SRH leapfrog KKR to fifth spot on the basis of superior net run rate. 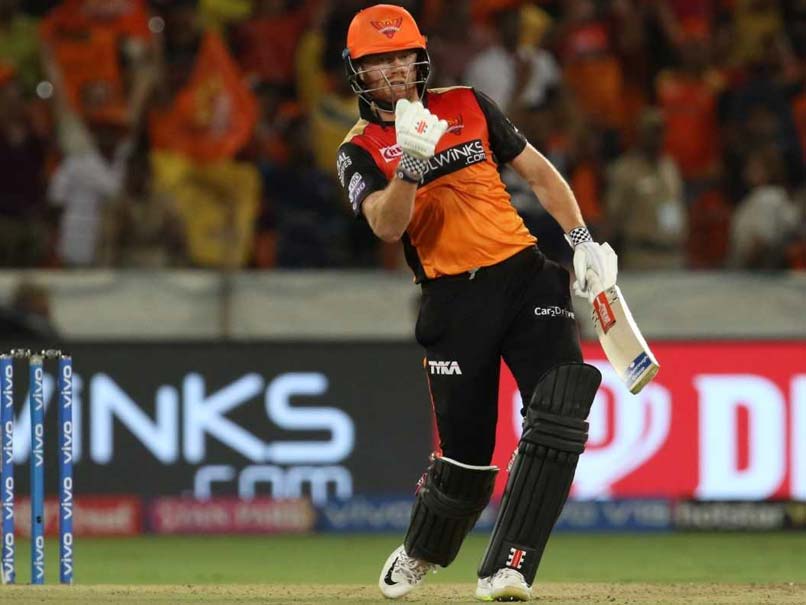 Chennai Super Kings suffered only their second defeat of the 2019 Indian Premier League (IPL) season at the Rajiv Gandhi International Stadium in Hyderabad on Wednesday, going down to SunRisers Hyderabad by 6 wickets with 19 balls to spare. CSK, being led by Suresh Raina in MS Dhoni's absence, only managed to put up a score of 132/5 in 20 overs. SRH openers David Warner and Jonny Bairstow put up a 50-run partnership within the first five overs, effectively deciding the tide of the match.

CSK remain at the top of the IPL table, their four-point lead intact. For SRH, who have leapfrogged Kolkata Knight Riders to go fifth on the table on the basis of net run rate after this result, these two points get them back into the race for the playoff spots.

MS Dhoni was missing the first match for CSK since 2010. Stand-in skipper Raina informed that he was being given a rest to recover from a back spasm he picked up in CSK's last match. As it turned out, the away team missed Dhoni's golden touch.

Shane Watson (31) and Faf du Plessis (45) had given CSK a good start, before both of them fell in quick succession, leaving CSK at 81/2 in the 11th over. After the openers'wickets, CSK failed to rebuild the innings.

Rashid Khan (2/17) piled on the pressure as wickets kept falling, with seamers Bhuvneshwar Kumar (0/21) and Khaleel Ahmed (1/22) keeping the lid on the scoring rate in the last few overs.

Chasing a modest target of 133, SRH openers David Warner and Jonny Bairstow wasted no time in getting the chase started in earnest. Warner brought up his 41st half-century in quick time, and by the time CSK could prize out his wicket, SRH were 66/1 in the 6th over.

Imran Tahir (2/20) accounted for the wickets of Kane Williamson and Vijay Shankar to breathe some life into the match, but Bairstow (61*) stayed on till the end to see SRH home with more than three overs to spare.

Faf du Plessis IPL 2019 Sunrisers Hyderabad vs Chennai Super Kings, Match 33 Cricket
Get the latest updates on ICC T20 Worldcup 2022 and CWG 2022 check out the Schedule, Live Score and Medals Tally. Like us on Facebook or follow us on Twitter for more sports updates. You can also download the NDTV Cricket app for Android or iOS.