The last time Rohit Sharma had been rested for an IPL match had been in 2008, when he played for Deccan Chargers. 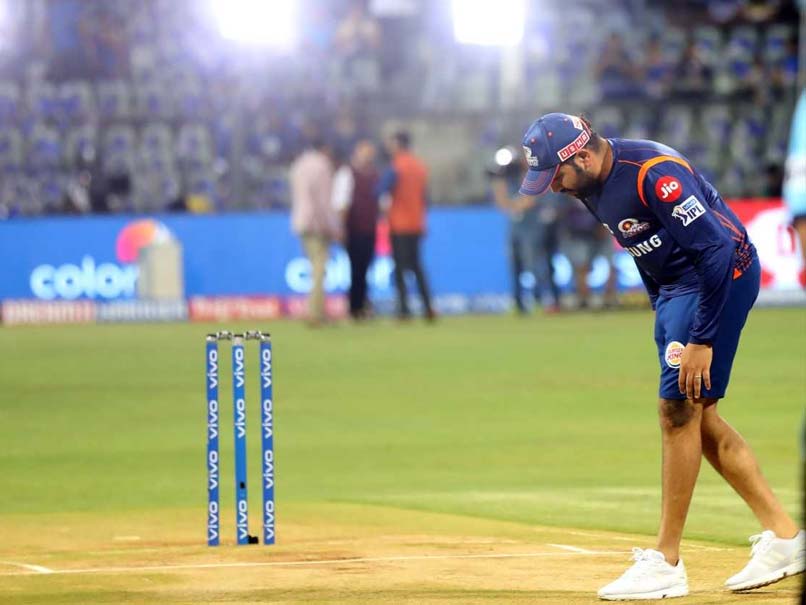 Rohit Sharma, who would have played 134 consecutive matches for Mumbai Indians if he had been a part of the ongoing IPL 2019 match between Kings XI Punjab and MI, has been rested by the team management to give him time to recover from a muscle spasm. With World Cup 2019 around the corner, the India opener's  unavailability has raised concerns from many quarters but stand-in captain Kieron Pollard said at the toss that Rohit has been rested only as a precautionary measure.

A Mumbai Indians statement on Wednesday said, "Rohit Sharma had suffered right leg muscle spasm yesterday during training. Rohit has recovered significantly in past 24 hours. As a precautionary measure, Mumbai Indians management has decided to rest Rohit for one match vs KXIP."

"Rohit is fine but as a precautionary measure we have decided to give him as a rest," stand-in captain Kieron Pollard said.

India's World Cup squad is set to be announced on 15 April.

Since 2013, Mumbai Indians have gone in with a captain other than Rohit only thrice. Kieron Pollard led the team in three matches in the 2014 Champions League, when Rohit had fractured his finger.

This is also only the second time that Rohit has been rested for an IPL match. The last time he had sat out for an IPL match had been the last league game of the 2008 IPL season, when he played for Deccan Chargers.

Kieron Pollard IPL 2019 World Cup 2019 Cricket
Get the latest updates on ICC Women's Cricket World Cup 2022 and IPL 2022, check out the Schedule , Live Score and IPL Points Table. Like us on Facebook or follow us on Twitter for more sports updates. You can also download the NDTV Cricket app for Android or iOS.