David Warner Ends His IPL 2019 Stint In Style, Considers It A Good Precedent For World Cup 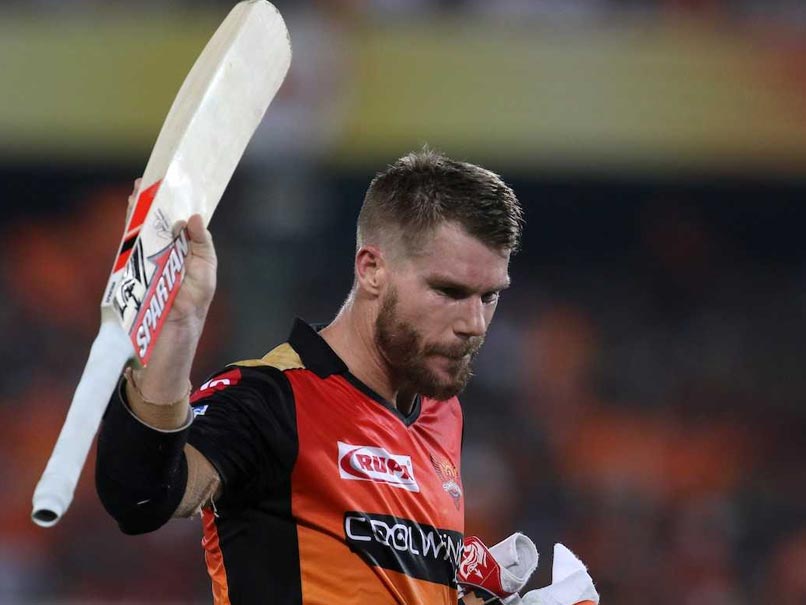 David Warner bid adieu to IPL 2019 with a brilliant knock during SRH vs KXIP clash in Hyderabad.© BCCI/IPL

David Warner finished off his stint in the IPL 2019 against the Kings XI Punjab (KXIP) on Monday by scoring a splendid 81 off 56 balls with a strike rate of 144.64, orchestrating his franchise SunRisers Hyderabad's (SRH) win in the match by 45 runs at the Rajiv Gandhi International Stadium in Hyderabad. His knock has now brought SRH closer to the playoffs spot, with 12 points in as many matches. David Warner, along with compatriot Steve Smith, was handed a 12-month ban by Cricket Australia in the previous year for his direct involvement in the ball-tampering in a Test match in South Africa.

Since then, he has made a brilliant comeback to cricket through the IPL, where he has scored 692 runs, making him the highest run scorer in the tournament as of now. He also has eight half-centuries and a century to his name in IPL 2019.

David Warner stated in the post-match presentation that he kept it simple and backed his natural instincts.

"It's obviously great to get out there and do your job properly. We've got a great deck to bat on. The ground staff has worked tirelessly to prepare good wickets and then it's about going back to basics and backing your instincts," Warner said.

"I think it just goes back to being still a batsman. I get the tendency to move around a bit if there have been a few dots. But I have worked hard over the last few months. The game plan is to back yourself, just back your natural game."

Warner predicts that the 2019 Cricket World Cup in England and Wales will be a high scoring affair, and that he was looking forward for the event.

"This World Cup, you'll see some high scores. Hopefully the ball won't swing as much. Obviously England are the home team and they're great. We're the world champions. I'm sure it'll be great.

"I am looking forward to it and the IPL was a stepping stone to that," he added.

SRH's next match is against the Mumbai Indians (MI) at the Wankhede Stadium on May 2.

David Warner IPL 2019 World Cup 2019 Sunrisers Hyderabad vs Kings XI Punjab, Match 48 Cricket
Get the latest updates on ICC Women's Cricket World Cup 2022 and IPL 2022, check out the Schedule , Live Score and IPL Points Table. Like us on Facebook or follow us on Twitter for more sports updates. You can also download the NDTV Cricket app for Android or iOS.