IPL 2019: MS Dhoni said that the pitch in Chennai needed to be a "lot better" if his team wants to be consistently good at home. 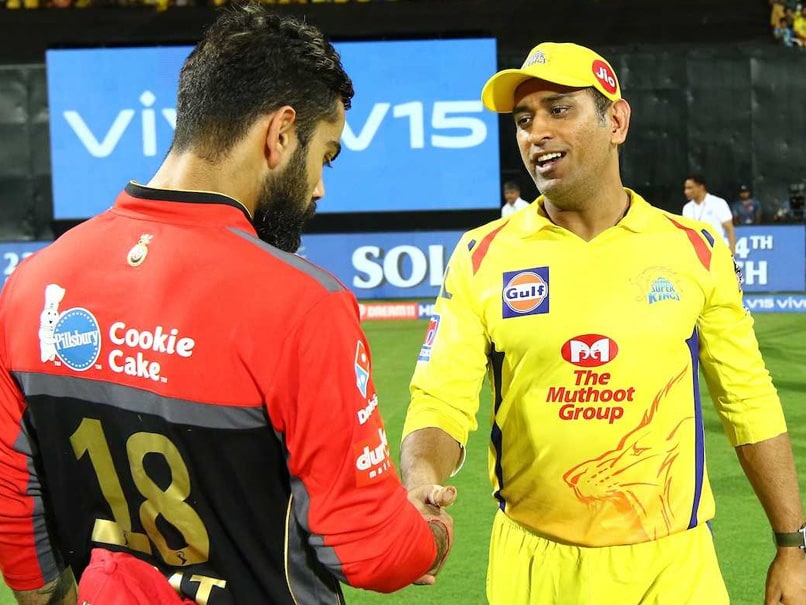 IPL 2019: MS Dhoni was not too happy despite inflicting a crushing defeat on Virat Kohli's team.© BCCI/IPL

Chennai Super Kings began their IPL title defence with a seven-wicket win over Royal Challengers Bangalore in the opening match of IPL 2019 at the MA Chidambaram Stadium on Saturday night. However, it was not exactly the spectacle that fans had hoped for with the IPL 2019 opener being low-scoring affair. Batsmen from both teams struggled to get going with attacking shots a rarity on a Chepauk track that took turn from the very outset. Despite a winning start for Chennai Super Kings, captain MS Dhoni was not a happy man and said that the pitch in Chennai needed to be a "lot better" if his team wants to be consistently good at home.

"I never expected the wicket to play how it actually played and it was too slow and it just reminded me of the 2011 Champions League wicket. After the IPL, we came back and we had a really good season, the wicket got relaid and all of a sudden we found it very difficult," Dhoni said after the CSK vs RCB IPL 2019 match on Saturday.

"I feel if the wicket stays like this, it will be tough for us also. The wicket definitely needs to be a lot better than where it is right now, even with dew it was still spinning big. I feel it needs to be high-scoring, even the opposition would have known that it was a slow wicket.

"Something close to 140-150 is something you are looking at. 80, 90, 100 or 120 is really low-scoring and if you have genuine spinners in your line-up it's very difficult to score runs. I feel the wicket needs to be much better than how it is now."

Dhoni said he had been unsure about the wicket despite playing a practice match on it.

"No not really, I wasn't sure about the wicket. We played a practice match on the same wicket and it was not turning so much. It was slightly a high scoring match, but usually in practice matches there's a tendency we score 30 runs more than a normal match.

"Because of that reason we thought if we win the toss we will put the opposition in and also there's fair amount of dew," he explained.

Speaking about the attacking prowess of the batsmen in his team, MS Dhoni said that the Chennai pitch doesn't suit the CSK players at all.

"We need to score runs as well, ours is a batting attack where batsmen like to play their shots and you can't control the toss which means that we might have to bat first in matches as well. If the wicket gets slightly better it might be a completely different scenario and the opposition, the kind of spinners they have got it will be difficult to score runs.

"If you want to be consistently good, I don't think this is the wicket that will really suit us," he added.

Virat Kohli IPL 2019 Chennai Super Kings vs Royal Challengers Bangalore, Match 1 Cricket
Get the latest updates on ICC T20 Worldcup 2022, check out the Schedule and Live Score. Like us on Facebook or follow us on Twitter for more sports updates. You can also download the NDTV Cricket app for Android or iOS.