There were few surprises in the Indian Premier League 2018 Player Retentions as the franchise largely stuck to projected paths. 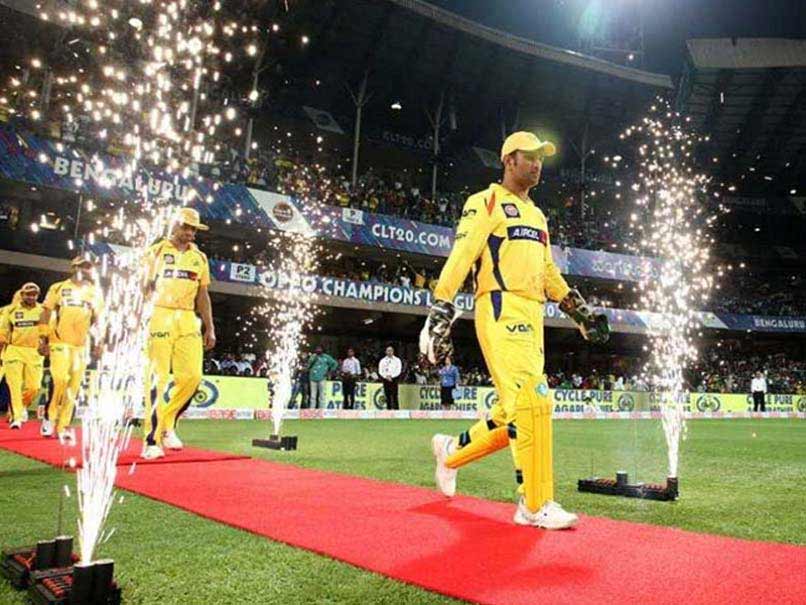 The Indian Premier League 2018 player retentions were completed in Mumbai on Thursday as the franchises by and large kept to the projected purchases. Chennai Super Kings, who are making a comeback into the league, retained the services of MS Dhoni, Suresh Raina and Ravindra Jadeja while Rajasthan Royals, who are the other side to make a return, held on to Australian skipper Steve Smith. Among the other superstars, Virat Kohli and Rohit Sharma stayed with Royal Challengers Bangalore and Mumbai Indians respectively, as expected.

Here is the complete list of retentions, along with the salaries and the balance left with the franchises from their Rs. 80-crore cap for purchases in 2018. 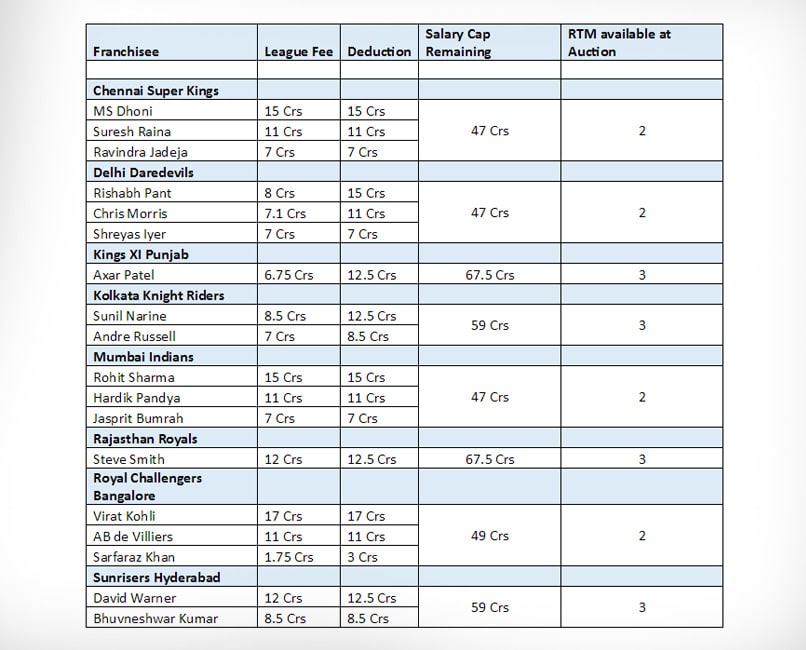 Among those who are no longer with their franchises are Gautam Gambhir (Kolkata Knight Riders), who was expected to be let go of anyway.

Delhi Daredevils put their faith in Rishabh Pant, Shreyas Iyer and also kept the services of South African fast bowler Chris Morris. Their most interesting acquisition, however, would be former Australian captain Ricky Ponting, who will shift camp from Mumbai to Delhi.

Among the most sedate franchises was Kings XI Punjab. Who only spent on Axar Patel, leaving a bulk of their purse for the auction to be held on January 27 and 28.

Comments
Topics mentioned in this article
Mumbai Indians Chennai Super Kings Kolkata Knight Riders Delhi Daredevils Virat Kohli Rohit Sharma MS Dhoni Indian Premier League 2018 Cricket
Get the latest updates on ICC T20 Worldcup 2022 and CWG 2022 check out the Schedule, Live Score and Medals Tally. Like us on Facebook or follow us on Twitter for more sports updates. You can also download the NDTV Cricket app for Android or iOS.