Rohit Sharma, Jasprit Bumrah and Hardik Pandya have been retained by Mumbai Indians according to their official twitter handle. 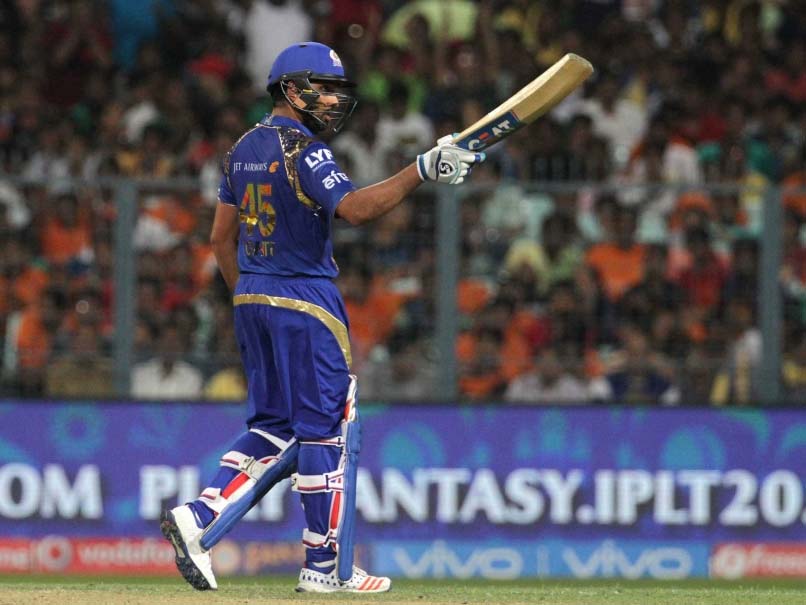 Rohit Sharma has been retained by Mumbai Indians© BCCI

Rohit Sharma, Jasprit Bumrah and Hardik Pandya have been retained by Mumbai Indians according to their official twitter handle. Delhi Daredevils, on the other hand have retained Rishabh Pant, Shreyas Iyer and Chris Morris.

Rohit was the men in charge when MI scored a sensational one-run win over Rising Pune Supergiants in the 2017 final to give the franchise their 3rd title.

Scorer of an unparalleled three double-centuries in ODI cricket, Sharma has made himself one of the great in the limited-overs format, especially when he matched the record of the fastest century in T20s during the recently concluded series with Sri Lanka.

He was one of the most consistent Deccan Chargers batsmen in the first three seasons of the IPL, and was a key player when the franchise won the crown in 2009.

Rohit became a part of the MI line-up in 2011 and MI won their maiden IPL title two years later. They also clinched the Champions League T20 title that year.

Rohit's captaincy was put to test in the 2015 season after the team won just one of their first six games and were struggling to stay afloat. They staged a remarkable turnaround and lifted the trophy for the second time.

Comments
Topics mentioned in this article
Delhi Daredevils Mumbai Indians Rohit Sharma Hardik Pandya Jasprit Bumrah Cricket
Get the latest updates on India vs South Africa and check out  Schedule, Results and Live Score. Like us on Facebook or follow us on Twitter for more sports updates. You can also download the NDTV Cricket app for Android or iOS.