The glitz and glamour around the multi-million cricket tournament is not just limited to the Indian shores. 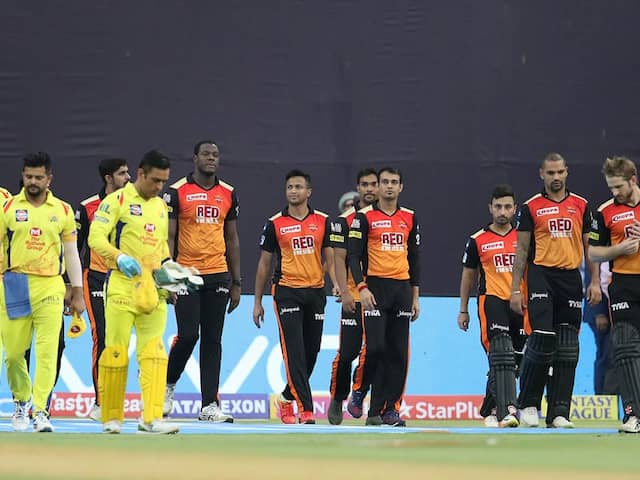 This year's IPL final is being played between Chennai Super Kings and SunRisers Hyderabad.© BCCI

Since 2008, when the Indian Premier League (IPL) burst on to the world cricket platform for the first time, it has never looked back. The tournament has received an overwhelming response from cricket fans all across the globe as it provides a great stage to young Indian and international cricketers to showcase their talent. That is why IPL continues to be one of the most high profile events in world cricket. IPL, undoubtedly, is a big hit in India. But the glitz and glamour around the multi-million cricket tournament is not just limited to the Indian shores. Eight million people from countries across the world remain glued to catch every moment of the game. So far, the markets of Asia, Middle East, the UK and the US have given a tremendous response to the IPL. Therefore, when the first Test of the two-match series between England and Pakistan ended on Day 4 with the visitors' nine-wicket win, the fans stayed back to watch the IPL 2018 final on the big screen at the Lord' cricket stadium.

Lord's are letting everyone stay to watch the IPL final pic.twitter.com/XBPvYjP146

This year's IPL final is being played between MS Dhoni's Chennai Super Kings and Kane Williamson-led SunRisers Hyderabad at the Wankhede stadium in Mumbai. After winning the toss, Dhoni opted to field.

The two finalists locked horns thrice in the ongoing IPL season with Chennai Super Kings winning on all three occasions. The much awaited IPL 2018 final will typically be a clash between SRH's bowling and CSK's batting. With the likes of Bhuvneshwar Kumar, Rashid Khan and Siddarth Kaul, SunRisers Hyderabad boast of a superb bowling attack whereas the two-time champions CSK have a star-studded batting line-up consisting of Shane Watson, skipper Dhoni, Ambati Rayudu and Suresh Raina.

Comments
Topics mentioned in this article
Chennai Super Kings Sunrisers Hyderabad Indian Premier League 2018 Cricket Chennai Super Kings vs Sunrisers Hyderabad, Final MS Dhoni
Get the latest Cricket news, check out the India cricket schedule, Cricket live score . Like us on Facebook or follow us on Twitter for more sports updates. You can also download the NDTV Cricket app for Android or iOS.