The IPL final was dominated by Pune for the most time, with Mumbai making a strong comeback when it mattered most. The contest entailed several twists and turns, with all three results possible as Mitchell Johnson went back to his mark to deliver the final ball. 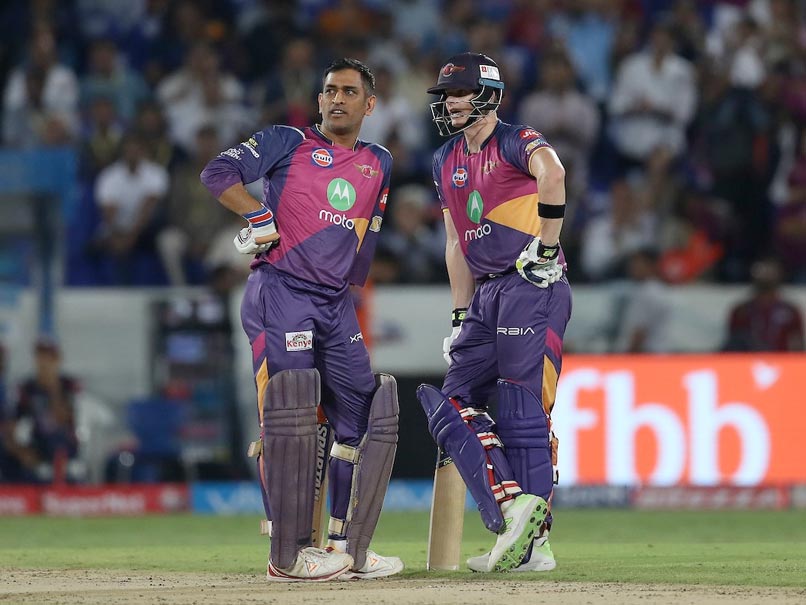 The 2017 Indian Premier League (IPL) final was nail-biting affair between Rising Pune Supergiant and the Mumbai Indians. The low-scoring thriller went down to the last ball, in a sense a fitting finish to the tenth edition of the world's most popular and richest cricket tournament. The IPL final was dominated by Pune for the most time, with Mumbai making a strong comeback when it mattered most. The contest entailed several twists and turns, with all three results possible as Mitchell Johnson went back to his mark to deliver the final ball.

Predictions from commentators, cricket experts and the public at large trickled in minute-by-minute as the match progressed and headed to a tense finish. However, one Twitter user stood out from the pack with some bizarrely accurate predictions ahead of the big final.

Cricket Insider Twitter account was created on the day of the IPL final. The user put out a series of tweets between 3:36 am to 4:17 am.

Rohit Sharma won the toss and elected to bat first.

No matter which team wins toss RPS has to bowl first.
Means if rps wins the toss it will choose bowling..
Mumbai will take batting if wins

Rahul Tripathi was trapped lbw by Jasprit Bumrah for 3 runs.

Rahul tripathi will be out under 10 runs

No bowler overstepped the mark during the high-pressure final.

There would be total 0 no balls

Parthiv Patel was dismissed for 3 by Jaydev Unadkat.

Parthiv patel will hit under 10

Steve Smith batted with a strike rate of 102.00. This was the only wrong call.

Steave amith will play with strike rate less than 100

Kieron Pollard hit one six during his 7-run knock.

Smith top scored in the match with a 51-run knock.

Smith will be highest scorer

Mumbai won off the last ball.

Mumbai will win in last over

Considering the accuracy of these predictions, several users tweeted to Cricket Insider inquiring whether the match was fixed. A clear 'no' was the answer.

Guys i was offline today..
Just saw ur replies of match was fixed. Which is not true.
There are just my predictions.
1/2

Cricket Insider claimed that 'luck' was on his side and that users could expect similar predictions for the upcoming Champions Trophy.

Krunal Pandya's battling 47 helped Mumbai post a total of 129 for eight in the IPL 2017 final against Pune. RPS kept chipping away at the wickets and it seemed MI would have a hard time even reaching the 100-run mark but Krunal battled on to save Mumbai the blushes and gave them a total to defend. Washington Sundar and Jaydev Unadkat impressed with the ball.

It was a humdinger of a match as Mumbai looked to be out of the contest for most part of the contest but they came alive at the fag end to deny Pune a maiden title. Chasing 130 to win, Pune looked to be coasting towards the target but their slow run-rate came back to bite them in the end as they fell tantalisingly short. Captain Steve Smith scored a fighting half-century but it wasn't enough to get his team across the line.

Comments
Topics mentioned in this article
Rising Pune Supergiant Mumbai Indians Cricket IPL 2017
Get the latest updates on ICC Women's Cricket World Cup 2022 and IPL 2022, check out the Schedule , Live Score and IPL Points Table. Like us on Facebook or follow us on Twitter for more sports updates. You can also download the NDTV Cricket app for Android or iOS.