IPL 2017: Virat Kohli himself was guilty of playing an irresponsible shot as he chased a widish delivery only to offer a catch to a slip fielder. 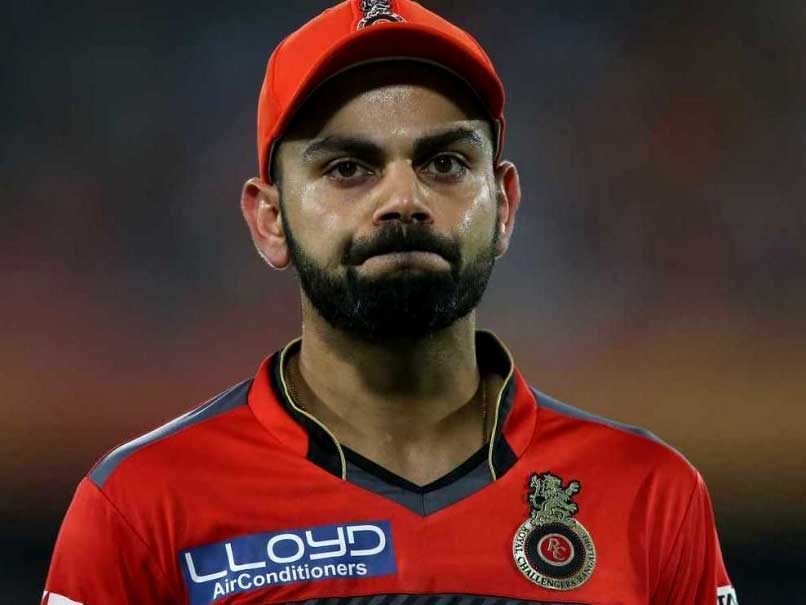 Royal Challengers Bangalore captain Virat Kohli minced no words on Sunday as he dissected his side's performance against the Kolkata Knight Riders in the Indian Premier League tie at the Eden Gardens. Speaking about the visitors' abject display, Kohli termed the batting performance as reckless and unacceptable. RCB were all out for 49, the lowest ever total recorded in IPL, and lost the match by a comprehensive 82-run margin while chasing 132.

"This our worst batting performance, if not the worst of all time in IPL. It really hurts. I thought we could capitalize and chase the score down. I can't really say anything now, because it was that bad. As professional cricketers, we are expected to do much better. Our performance was unacceptable. Disgraceful batting, reckless from us, one of the worst collapses ever," a visibly upset and emotional Kohli said after the match.

Kohli himself failed to fire after playing an irresponsible shot as he chased a widish delivery only to offer a catch to Manish Pandey at second slip.

"The sight-screen is very small here, one guy got up as the bowler was loading up, that distracted me. Still it wasn't a big deal. That was just one down. Nine guys could have done the job," Kohli said when asked about his dismissal.

The India captain said his side had "nothing to review anything about the second half" of the match.

"We need to forget it and move forward. We are a much better team. We got 200 plus in the last game. I'm sure everyone realizes what they've done wrong. You have to come out, show intent and back yourselves. I'm sure we won't bat like that again in the tournament," he said.

Kolkata bowler Nathan Coulter-Nile, who was man of the match for his 3-21, had Kohli caught by Manish Pandey in the very first over to trigger the rout of last year's runners-up.

"I'm sure we won't bat like that again in the tournament... We've got back-to-back games, need to try and win those to get some momentum," said Kohli.

For Kolkata, the West Indies' Sunil Narine top-scored with his 17-ball 34 while opening the innings for the home side.

Comments
Topics mentioned in this article
Royal Challengers Bangalore Kolkata Knight Riders Virat Kohli IPL 2017 Cricket
Get the latest updates on IPL 2021, IPL Points Table , IPL Schedule 2021 , live score . Like us on Facebook or follow us on Twitter for more sports updates. You can also download the NDTV Cricket app for Android or iOS.