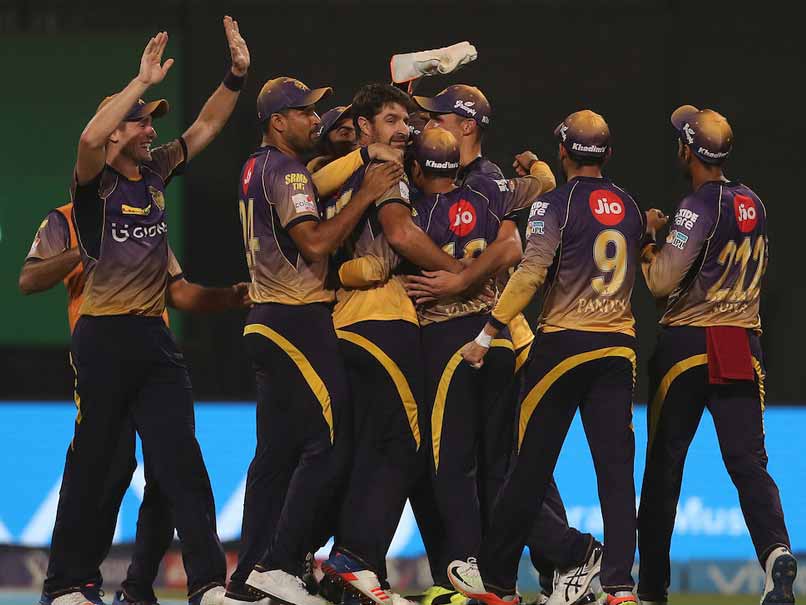 In a dramatic finish to the game, Royal Challengers Bangalore (RCB) collapsed to 49, the lowest total in the history of IPL, as Kolkata Knight Riders (KKR) savoured a 82-run victory, here on Sunday. KKR pacers rattled the star-studded Royal Challengers Bangalore, who found themselves in complete disarray in the chase of a paltry 132.In a shocking batting display, none of the Bangalore batsmen could reach the double digit mark with Kedar Jadahav's nine being the highest.

Do I need to say anything...but that I love u all at the Eden Garden. Ami KKR...YAAAYYYYYY!!!!! pic.twitter.com/m6rjTFhOOl

It was an exceptional display of fast bowling by their two frontline pacers, Nathan Coulter-Nile (3/21) and Umesh Yadav (1/15), who bowled in tandem in the Powerplay overs and reduced them to 39/4 before Chris Woakes (3/6) choked the lower order.

It had rained a bit before the game began and the wicket had enough juice for KKR bowlers to exploit. The ball bounced and swung, making life difficult for the RCB batsmen.

Colin de Grandhomme (3/4) grabbed two in four balls as RCB continued their reckless batting to be skittled out in just 9.4 overs for the lowest ever total, eclipsing Rajasthan Royals' 58 against them in Cape Town in 2009. RCB's previous low was 70 against Rajasthan Royals in 2014.

There was wicket in every over with Yadav dismissing Mandeep Singh (1) in the second over while de Villiers top- edged Coulter-Nile in the third over as the ball ballooned up in the sky before being caught by wicketkeeper Robin Uthappa.

Wickets kept tumbling and in no time, RCB had lost all its batsmen and KKR were celebrating a memorable win.

Earlier, Yuzvendra Chahal rocked the KKR middle order with a three-wicket burst as Bangalore bundled out the hosts for a modest 131.