Gujarat Lions captain Suresh Raina said they missed the services of experienced Ravindra Jadeja and Dwayne Bravo and the display against Kolkata Knight Riders should be a "learning curve" for the young bowlers of his side. 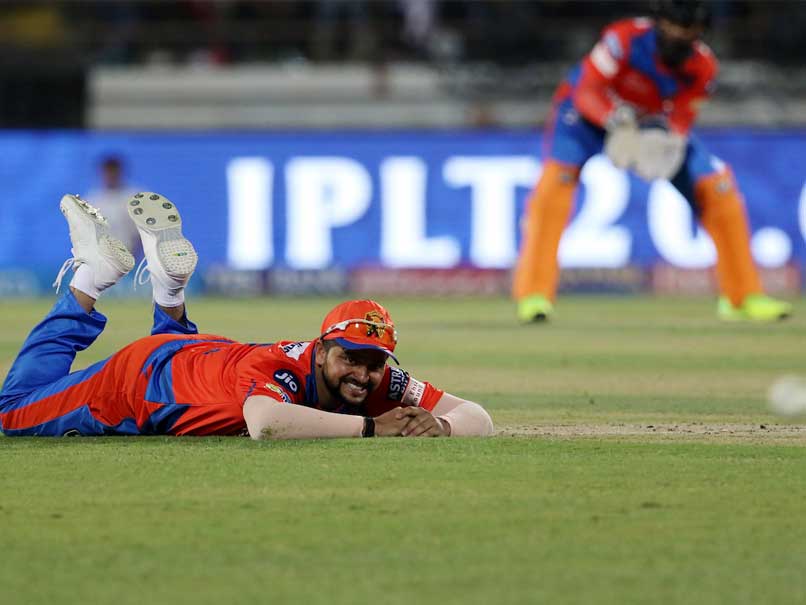 Gujarat Lions captain Suresh Raina said they missed the services of experienced Ravindra Jadeja and Dwayne Bravo and the display against Kolkata Knight Riders should be a "learning curve" for the young bowlers of his side. KKR skipper Gautam Gambhir and Chris Lynn made short work of the challenging target as two-time champions cantered to a 10-wicket win over Gujarat Lions in an Indian Premier league match. Gambhir (76 not out) and Lynn (93 not out) made the 184-run chase look easy as they went hammer and tongs from the word go.

"I think 180 still was a good total. We did not bowl well in the first six overs. The bowling was not experienced and it is a learning curve. They played really good cricket shots. We need to learn from here," Raina said at the post-match presentation ceremony.

"We missed the experience of Jadeja and Bravo. Jadeja has done really well in T20 format. When you are not bowling well upfront, you need experience, someone like Bravo in the middle."

Raina, who top-scored for the hosts with a 51-ball 68 not out, also praised Dinesh Karthik (47) for his contribution.

"Dinesh batted really well, he had a good first-class season. Still we have batting depth in the team," he said.

Winning skipper Gambhir lauded Lynn for his fantastic display with the willow.

"You can't ask for more from Lynny (Lynn). He took a lot of pressure off me. We are going to give Lynny a longer run. Hopefully, he can keep smacking it. We all know how dangerous he is, and hopefully we can play around him," Gambhir said.

Praising his bowlers, Gambhir took at dig at the fielding effort of his team today.

"The bowlers also did a fantastic job. I always feel that somebody who can take the ball both ways will be crucial. We have Kuldeep (Yadav), (Piyush) Chawla.

"The dropped catches were there - but we need to be proactive in the fielding. We have just one day to recover and we will have to bring our A game against Mumbai in Mumbai," he said.

Man-of-the-match Lynn said his role is simple -- to go after the bowling at the top and he enjoys doing that.

"To hit the ball a long way is my role. Touch wood and I enjoy the role. At the end of the day, it is about preparation.

"I like the spot at the top, the ball is coming on. I am used to the ball coming on at home," the Australian said.

(This story has not been edited by NDTV staff and is auto-generated from a syndicated feed.)
Comments
Topics mentioned in this article
Gujarat Lions Kolkata Knight Riders Gautam Gambhir Suresh Raina Holkar Cricket Stadium, Indore IPL 2017 Cricket
Get the latest updates on IPL 2021, check out the IPL 2021 Schedule and Indian Premier League Live Score . Like us on Facebook or follow us on Twitter for more sports updates. You can also download the NDTV Cricket app for Android or iOS.