IPL 2017: Virat Kohli Talks About His Comeback, Thanks Fans For 'Unconditional Love'

Virat Kohli posted a video on Twitter, informing fans that he rehab was going well and he was training hard to return to action. 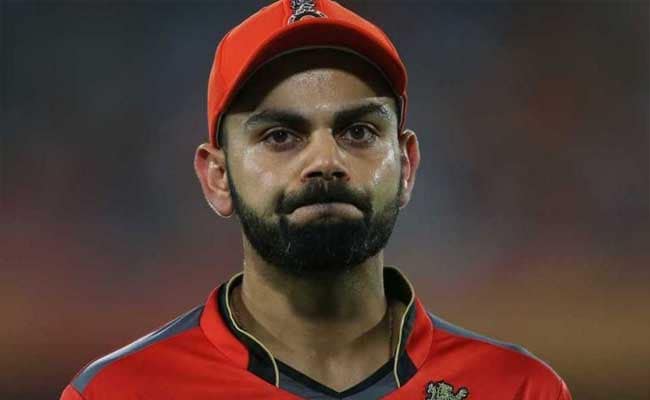 Virat Kohli's recovery from his shoulder injury will be assessed in the second week of April.© AFP

The Royal Challengers Bangalore (RCB) and the Indian Premier League (IPL) on the whole were dealt a massive blow when it was revealed that India captain Virat Kohli will miss the start of 2017 edition. The news came as a huge dampener for fans who were looking forward to Kohli donning the RCB colours and creating magic with the likes of Chris Gayle and AB de Villiers. However, the RCB skipper has eased fears by taking to social media platform Twitter to give an update on his injury and his comeback. His injury will be assessed in the second week of April but he is training hard to get back to full fitness. The 28-year-old thanked his fans for all the support and had a special message for his pet Bruno, a beagle.

Kohli posted a video where he informed fans that he rehab was going well and he was training hard to return to the field. He thanked fans for showing 'concern' and said that he will be back soon.

"You know that's one reason why I love dogs. I am trying to get back, train hard and this guy just comes and sits with me and he's watching me train.

"My rehab's going well. Training hard to get back onto the field, can't wait. A big shout out to the fans, just wanna say that I'll be back soon and in the meantime please keep supporting RCB and make sure we have a good start," Kohli said.

Unconditional love. Thanks for the concern and the wishes people. Keep supporting @RCBTweets for a strong start. #PlayBold #IPL10 pic.twitter.com/koTVKv1DNg

Kohli had injured his right shoulder during the third Test of the series against Australia on the first day of the Ranchi Test and had to miss the last and decisive Test against Australia, which India eventually won by eight wickets.

Updating the fitness status of Indian players, who took part in recently just-concluded home Test series against Australia, the BCCI, two days ago, said Kohli will undergo rehabilitation for the injury sustained during the third Test.

"Mr. Virat Kohli - The Indian Captain will undergo rehabilitation after sustaining an injury to his right shoulder. His recovery will be assessed in the second week of April to determine an exact return to play date for IPL 2017," a BCCI press release stated.

RCB start their IPL 2017 campaign on April 8 against Delhi Daredevils at the M. Chinnaswamy Stadium in Bengaluru.

Comments
Topics mentioned in this article
Royal Challengers Bangalore India Cricket Team Virat Kohli IPL 2017 Cricket
Get the latest updates on IPL 2021, IPL Points Table , IPL Schedule 2021 , live score . Like us on Facebook or follow us on Twitter for more sports updates. You can also download the NDTV Cricket app for Android or iOS.