IPL 2017: Samuel Badree Grabs Hat-Trick As He Spins A Web Around Mumbai Indians 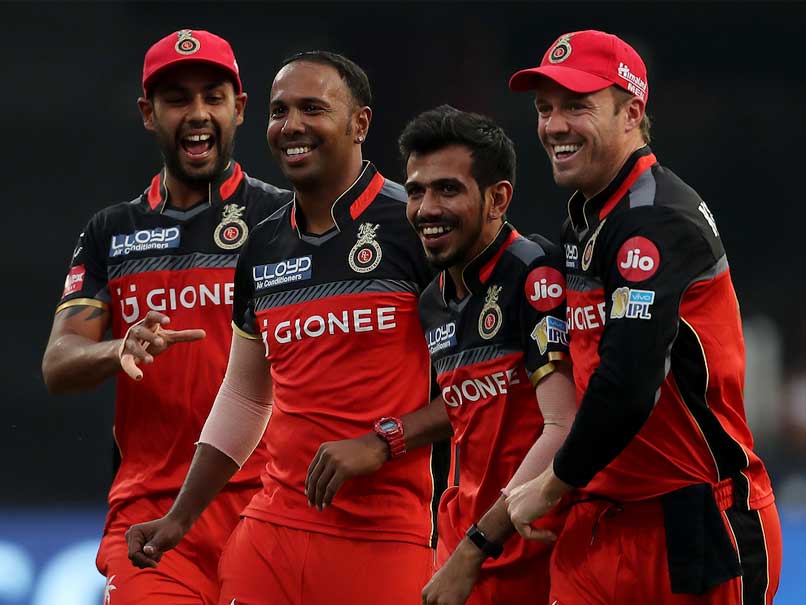 WhenRoyal Challengers Bangalore began the defence of their very poor 142/5 against Mumbai Indians, even they could be excused for thinking that they are not in with much of a chance. But three balls by West Indian leg-spinner Samuel Badree changed the entire complexion of the game. The fourth over of the match saw Parthiv Patel hit one straight to Chris Gayle at covers and off the very next ball Mitchell McClenaghan hoisted one to Mandeep Singh at long-on.

MI skipper Rohit Sharma faced the third ball and was completely bamboozled by the googly, which crept through bat and ball and shattered the stumps, starting wild celebrations within the RCB team as well as in the stands.

Badree suddenly had figures of 3 for 4 off two overs. The MI innings was in absolute tatters after his over as they were reduced to 7-4, Jos Buttler having fallen to Stuart Binny off the last ball of the second over.

RCB's campaign in IPL 10 is in bad shape, with two consecutive losses. They had expected that the return of Virat Kohli to the helm would reinvigorate the side.

But while Kohli did deliver, with a fine 62 off 47 balls, his effort was not enough to get RCB to a big total.

But the manner in which MI approached the meagre total, it looked like Kohli's effort would be enough to give them a win.

Comments
Topics mentioned in this article
Royal Challengers Bangalore Mumbai Indians Samuel Badree M.Chinnaswamy Stadium, Bengaluru IPL 2017 Cricket
Get the latest updates on IND vs NZ 2021, check out the Schedule and Live Score . Like us on Facebook or follow us on Twitter for more sports updates. You can also download the NDTV Cricket app for Android or iOS.