Manan Vohra timed his jump to perfection to produce a top fielding effort by blocking the ball mid-air. 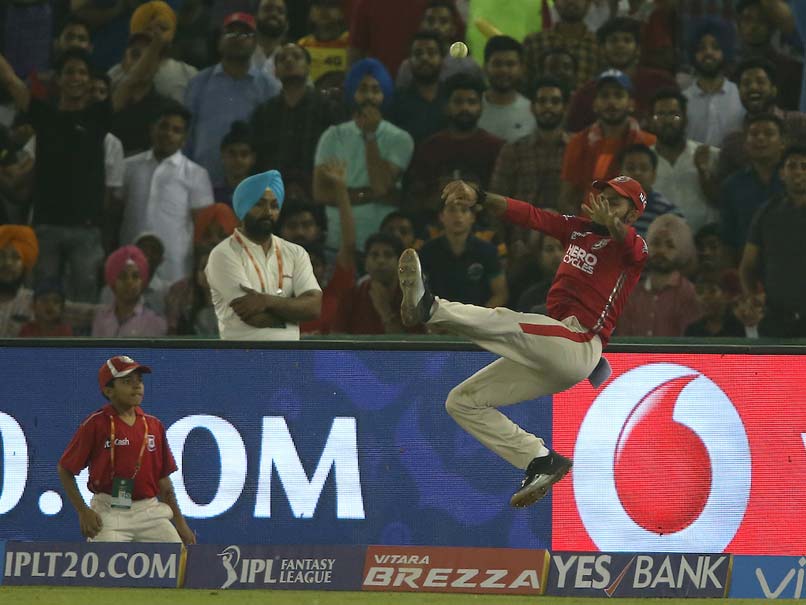 It seems Kings XI Punjab's Manan Vohra is destined to produce something extraordinary against Sunrisers Hyderabad. In Punjab's first match of the Indian Premier League (IPL) season 10 against Hyderabad, Vohra slammed a magnificent 95 off just 50 balls. His innings nearly threatened to snatch victory from the opposition, but his dismissal in the penultimate over led to Punjab falling just five runs short of the target. Despite having rescued the chase of 160 from 82 for 6, Vohra was disappointed.

Vohra's team, KXIP, ended up on the losing side for the second time in the season against Hyderabad on Friday, but his efforts need to be applauded in the second match too when he almost pulled off a skier at the deep square leg position. The incident happened in the 19th over, when Punjab bowler Ishant Sharma bowled a bouncer to Hyderabad player Kane Williamson, which he hit over square leg. The ball was travelling and was certain to go for a six, but Vohra timed his jump to perfection to produce a top fielding effort by blocking the ball mid-air. His presence of mind was such that he also managed to dunk the ball into the field to save four runs for his team.

Hyderabad went on to make 207/3 in their allotted 20 overs. First, David Warner and Shikhar Dhawan stitched an opening stand of 107 runs, then Kane Williamson took up the mantle of scoring at a high run rate and took his team to a big total against the opposition.

Punjab, however, started well and were in the game till the 16th over but fell short of target by 26 runs.

Glenn Maxwell's team is now placed sixth in the points table and face a must-win situation in the next match to qualify for the play-offs.

Comments
Topics mentioned in this article
Kings XI Punjab Sunrisers Hyderabad Manan Vohra Glenn Maxwell David Warner Punjab Cricket Association Stadium, Mohali IPL 2017 Cricket
Get the latest updates on IND vs NZ 2021, check out the Schedule and Live Score . Like us on Facebook or follow us on Twitter for more sports updates. You can also download the NDTV Cricket app for Android or iOS.