Kohli added that his side needed to play positive cricket to emerge out of their losing streak after they suffered yet another lossin the Indian Premier League in Bengaluru. 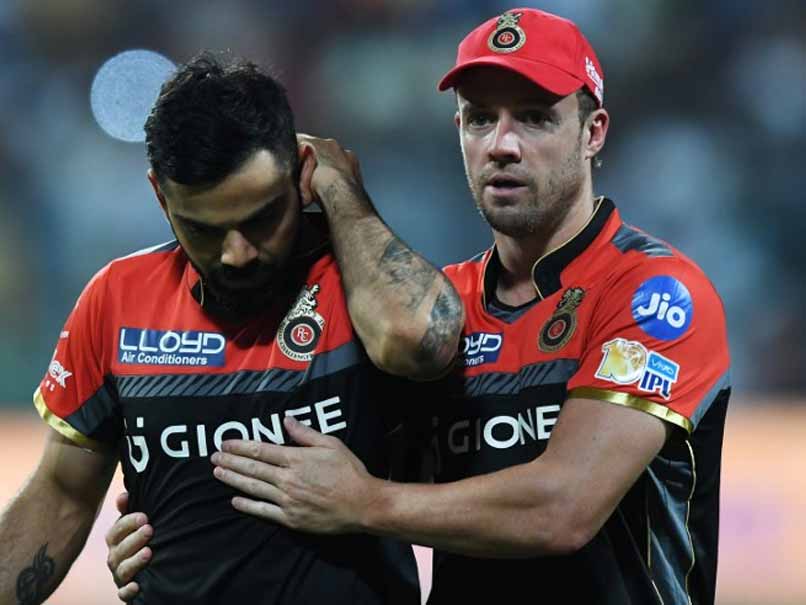 Virat Kohli failed to fire for RCB vs GL in the IPL on Thursday.© BCCI

Royal Challengers Bangalore skipper Virat Kohli on Thursday said the same two-three players can't win games for the team matches every time. Kohli added that his side needed to play positive cricket to emerge out of their losing streak after they suffered yet another loss in the Indian Premier League in Bengaluru. RCB endured another crushing defeat, this time at the hands of the Suresh Raina's Gujarat Lions, who notched up a seven-wicket win with 6.1 overs to spare to revive their IPL play-off hopes.

It was the sixth loss in nine matches for RCB, who were bundled out for 134 by the visitors.

"It is never easy to lose games. Tonight was not clinical. We need to get better with our performances. You got to come out and play with intent," Kohli said after the match.

"We tried to do it with the bat. The only way to come out of it is to play positive cricket. We are putting too much pressure on the team. Individuals need to stand up and take responsibility. It should not be the same two-three guys performing all the time," the 28-year-old added.

Kohli didn't give any excuse for their top-order collapse as they were reduced to 23-3 by Andrew Tye early in the innings.

"The ball was coming on decently well. Both the innings under lights the ball behaves the same."

The RCB skipper also praised Aaron Finch, who blasted a 34-ball 72 while chasing 135 to win.

"Credit to Finch he played a fantastic knock. In a small chase it is important if one guys takes the momentum."

"The wicket did something with the new ball. AJ took back-to-back wickets. That was the turning point. It was a team effort today. Basil and Nathu were also accurate," he said.

"We did very well in all departments. AJ, Faulkner, and Jadeja bowled really well. Then Finchy batted brilliantly." Raina (34 not out) played the second fiddle to Finch, who was dealing in sixes and fours during his innings.

"Finch was smashing everything, I was just looking at ones and twos. Today's win gives us a lot of confidence," Raina said.

Tye, who had taken a hat-trick on IPL debut against Rising Pune Supergiant in another match, once again had a hat-trick chance when he scalped two wickets in two balls.

The Australian praised the new ball bowlers Nathu Singh and Basil Thampi, who created a lot of pressure after opening the innings for Gujarat.

Comments
Topics mentioned in this article
Royal Challengers Bangalore Gujarat Lions Virat Kohli IPL 2017 Cricket
Get the latest updates on India vs England Series, India vs England , live score and IPL 2021 Auction . Like us on Facebook or follow us on Twitter for more sports updates. You can also download the NDTV Cricket app for Android or iOS.