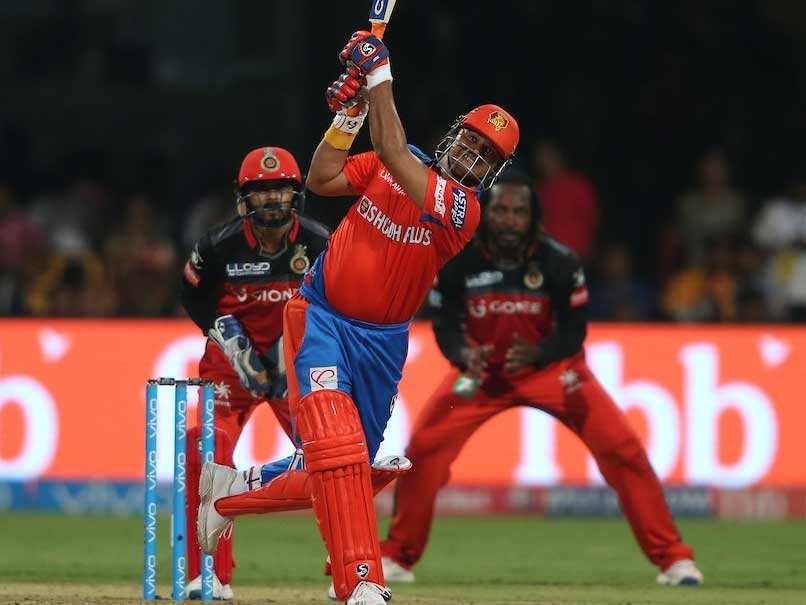 Riding on Andrew Tye's three- wicket haul and Aaron Finch's whirlwind fifty, Gujarat Lions notched up a comfortable seven-wicket win over Royal Challengers Bangalore to keep alive their IPL play-off hopes, in Bengaluru on Thursday. Chasing 135 to win, Gujarat lost both openers - Ishan Kishan (16) and Brendon McCullum (3) - to be reduced to 23-2 but Finch blasted 5 fours and 6 sixes in his scintillating 34-ball 72-run innings as the visitors romped home with 6.1 overs to spare.

Earlier right-arm seamer Tye's three-wicket haul triggered a top-order collapse as Royal Challengers Bangalore were bowled out for 134 by Gujarat Lions after skipper Suresh Raina elected to bowl in their eighth match of IPL 10.

Tye, who had taken a hat-trick on IPL debut against Rising Pune Supergiant at Rajkot, struck twice in two balls and returned with figures of 4-0-12-3 to leave the hosts at 22-3 in the fifth over.

Besides Tye, Ravindra Jadeja (2/28) snapped two wickets and Basil Thampi (1/34) and Ankit Soni (1/28) picked up one wicket each as Lions dished out a disciplined bowling performance.

This is only the third victory in the season for Gujarat, who had so far gathered just four points from seven games to be languishing at the bottom of the table. They now reached the sixth spot with six points. With this loss, the door is fast closing for Bangalore, who have just five points from nine matches now.

Chasing the target, opener Kishan smashed a couple of fours in the first over to make a positive start. He picked up two more boundaries before being trapped leg before by Badree in the 3rd over. McCullum too perished in the fifth over when he was caught at long-on by de Villiers as he became the second victim of Badree.

However, Finch took the fight to the opposition as he blasted successive sixes in the third and fourth balls of Badree's over to make his intentions clear. In the ninth over, Finch picked Aniket Choudhary for special treatment and blasted a couple of fours and a six. He smashed two sixes off Negi and kept dealing in boundaries before being caught by de Villiers at long-on boundary in the 13th over.