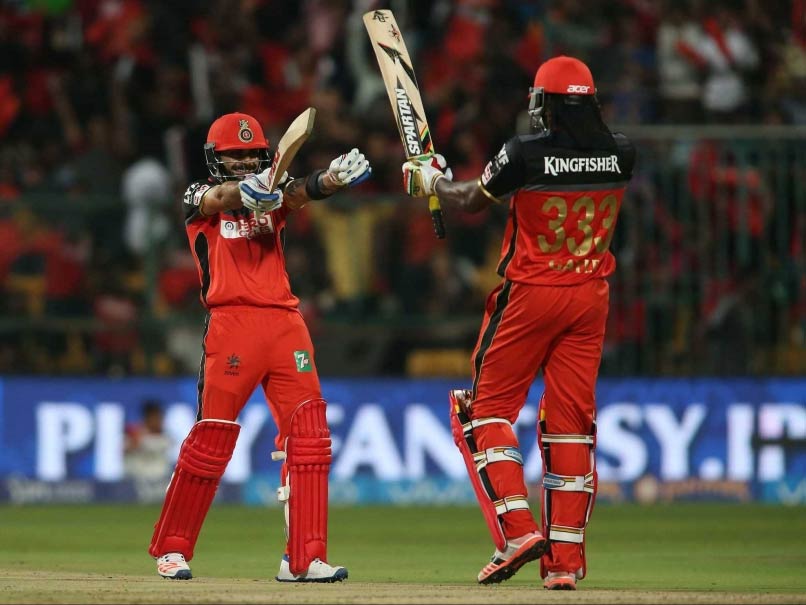 The Royal Challengers Bangalore (RCB) and the Indian Premier League (IPL) in general will have to make do without the batting brilliance of Virat Kohli for the initial period of the tournament. Kohli, who injured his shoulder during the third Test vs Australia, is yet to attain full fitness. Kohli also missed the crucial fourth Test, which India won by 8 wickets at Dharamsala. The 28-year-old's injury will be assessed in the second week of April but he is training hard to get back out in the middle.

The stylish right-hander joined his RCB teammates ahead of the new season and was welcomed in style by Chris Gayle. In a video uploaded by the franchise on Instagram, Kohli can be seen greeting RCB players including million-dollar man Tymal Mills.

Just in: Skipper @virat.kohli has joined the Royal Challengers in Bangalore for the #VIVOIPL2017! #PlayBold

A post shared by Royal Challengers Bangalore (@royalchallengersbangalore) on Apr 2, 2017 at 6:46am PDT

Comments
Topics mentioned in this article
Royal Challengers Bangalore Virat Kohli Chris Gayle Cricket IPL 2017
Get the latest updates on India vs England Series, India vs England , live score and IPL 2021 Auction . Like us on Facebook or follow us on Twitter for more sports updates. You can also download the NDTV Cricket app for Android or iOS.