Virat Kohli scored a massive 453 runs in the five-match series against the Windies. 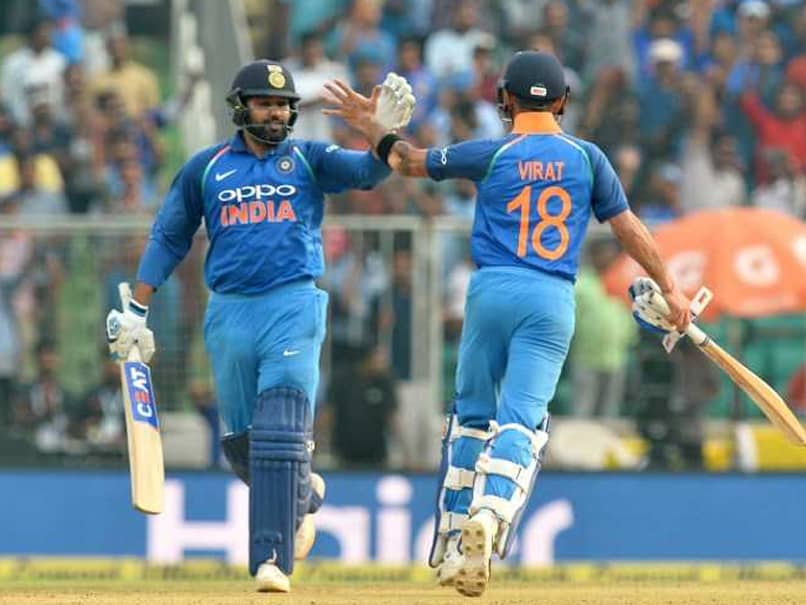 Team India skipper Virat Kohli was on a record-breaking spree during the recently-concluded five-match series against the Windies. Kohli broke Sachin Tendulkar's record to become the fastest to 10,000-run milestone and slammed three centuries in the first three games. Consequently, with 899 points, Kohli retained the top spot in the latest rankings for batsmen released by the ICC on Friday. Kohli, who is the leading ODI run-scorer of 2018 with 1202 runs in 14 matches, scored a staggering 453 of those in the five matches against the Windies.

Interestingly, Kohli's deputy Rohit Sharma, who is at No.2 with a career-high 871 points, is not too far behind his skipper.

However, the latest ranking saw Shikhar Dhawan slip down by four spots to No.9. The left-hander, with a highest score of 38 in the series, struggled to get going against the visitors.

Despite scoring just one half-century in five innings against Sri Lanka, England's Joe Root retained his standing at No.3 with 807 points. Babar Azam, Ross Taylor, Kane Williamson and Quinton de Kock rose by one place each to settle at No.5, 6, 7 and 8 respectively.

Windies batsmen Shai Hope and Shimron Hetmyer catapulted to No. 25 (up 22 spots) and No.26 (up 31 spots) respectively. Hope scored 250 runs, while Hetmyer hit 250 to give the Windies a bit of hope of winning the series.

Ambati Rayudu, who showed promise at two-down in the batting order, moved up by 24 places to No.48 with a career-best 553 points.

On the bowlers' list, Yuzvendra Chahal and Ravindra Jadeja moved up after an impressive show against the Windies.

Jadeja jumped 16 places to sit at No.25, while Chahal moved up by three places to enter the top 10 for the first time at joint No.8 with England's Adil Rashid.

Jasprit Bumrah, who was drafted back into the playing XI for the last three ODIs against the Windies, retained his top spot with 841 points - his career-best.

Rohit Sharma Cricket India vs West Indies 2018
Get the latest updates on India vs Australia Series, check out the India vs Australia Schedule for 2020-21 and Ind vs Aus live score . Like us on Facebook or follow us on Twitter for more sports updates. You can also download the NDTV Cricket app for Android or iOS.