Only Sachin Tendulkar, Sanath Jayasuriya and Shaun Pollock are ahead of Virat Kohli now. 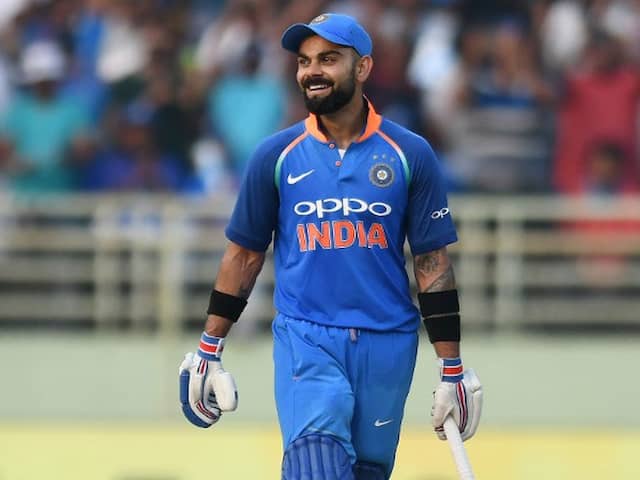 Team India skipper Virat Kohli created yet another record as the hosts outclassed Windies by 9 wickets in the fifth and final One-Day International (ODI) in Trivandrum to bag the five-match series 3-1 on Thursday. The 29-year-old claimed his seventh Man of the Series award in ODIs to equal the record held by Sourav Ganguly and Yuvraj Singh on the elite list which is topped by the legendary Sachin Tendulkar. With a staggering 453 runs in five matches, Kohli finished the series as the highest-run getter and was awarded the Man of the Series for his stellar performances.

Kohli had ended the two-match Test series against the Windies with 184 runs in two innings and he carried his brilliant form in the 50-over format where he shattered several records en-route three consecutive centuries in the first three ODIs. He kicked-off the proceedings in style with a superb 140 in the first ODI before smashing 157 runs in the 2nd ODI and 107 in the third.

On Thursday, Kohli along with Rohit Sharma helped India chase down a paltry target of 105 runs in just 14.5 overs. While Rohit played the anchor's role with a 56-ball 63, Kohli played a good support with 33 off 29 balls. The duo posted an unbeaten stand of 99 runs for the second wicket as the Windies bowlers had to settle just one wicket in the innings.

India, after drawing the second and losing the third ODI, bounced back to winning ways with two straight victories against Jason Holder's men. The upcoming T20I series against the visitors will see the Men in Blue being led by Rohit in the absence of Kohli.

The first of the three T20Is will be played at the Eden Gardens in Kolkata on Sunday.