Rohit Sharma On The Brink Of Big Milestone, Will Overtake Virat Kohli

Virat Kohli recently lost one of his T20I records to Pakistan star Babar Azam and by the end of Tuesday could lose another one to Rohit Sharma. 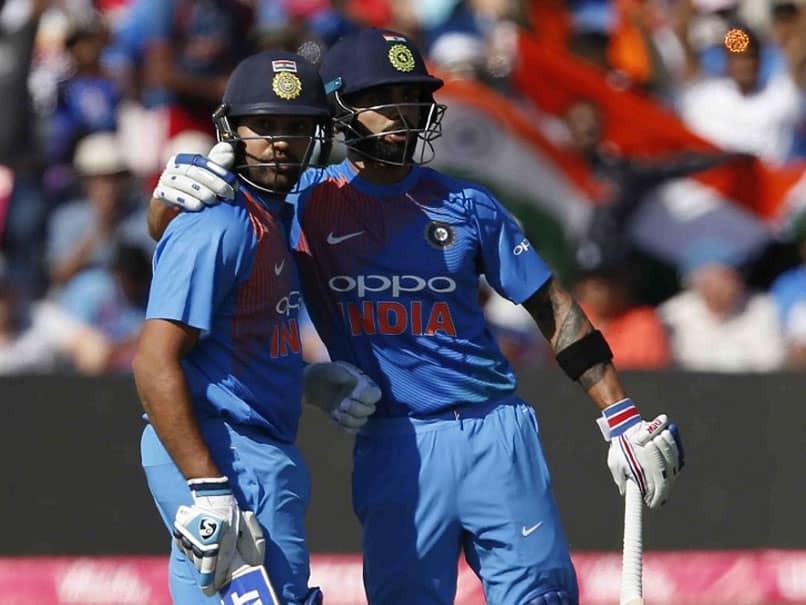 Rohit Sharma is on the verge of overtaking Virat Kohli to become India's top run-getter in T20Is.© AFP

Virat Kohli tops most batting records among current cricketers and with the year he is having with the bat, it's hard imagining anyone coming close to him. However, it seems the Indian captain doesn't rate Twenty20 cricket as a priority and often skips bilateral T20I series to get well earned rest. Kohli recently lost one of his T20I records when Pakistan star Babar Azam became the quickest to score 1,000 T20I runs and the Indian captain is on the brink of losing another milestone and this time the man looking to leapfrog him is his teammate Rohit Sharma.

Kohli is the highest run-getter for India in Twenty20 Internationals (T20Is) with 2,102 runs in 62 matches and an average of 48.88 but the Indian skipper in all likelihood will find himself in second place by the end of Tuesday.

Rohit Sharma has 2,092 runs in 85 matches at an average of 32.18 with three centuries to his name. He needs another 11 runs to leapfrog Kohli into second place.

India, who are being led by Rohit Sharma in Virat Kohli's absence, take on the Windies in the second T20I of the three-match series at Bharat Ratan Atal Bihari Vajpayee International Cricket Stadium in Lucknow on Tuesday and it would be hard to bet against Rohit becoming India's top run-getter in Twenty20 Interantionals.

Rohit has been in top form and took the Windies bowlers to cleaners in the recently-concluded five-match ODI series. Rohit, however, registered a rare failure in the first T20I, falling to young Windies pace sensation Oshane Thomas.

On the other hand, Kohli seems to have taken a backseat in T20Is, despite boasting a brilliant average. He has played just seven T20Is this year, choosing to instead concentrate on Test and ODI cricket.