On Virat Kohli's Birthday, MS Dhoni Has A Special Request For Him 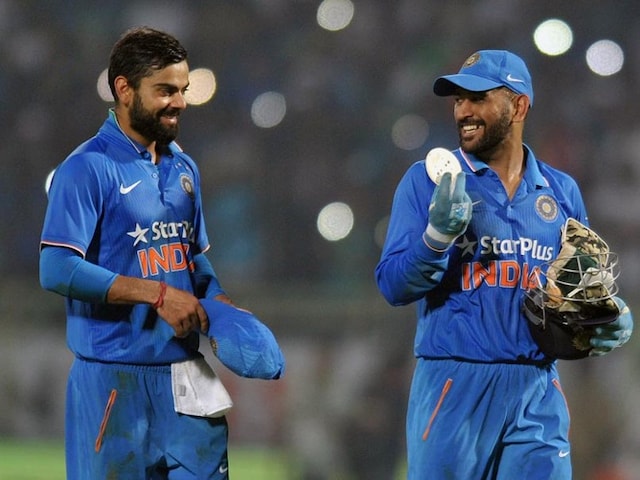 The Board of Control for Cricket in India (BCCI) uploaded a Virat Kohli birthday as the Indian captain turned 30 on Monday. The video contains Virat Kohli birthday messages and wishes from Team India players, head coach Ravi Shastri and the support staff. Former India captain MS Dhoni, who leads the wishes in the video, made a special request to Virat Kohli. "Hi Virat, wish you a very happy birthday. I know you are a big PUBG fan because I've just found this old picture of yours. So, why don't you come and especially teach Manish Pandey how to play a first-person shooting games," said Dhoni.

Wishes galore for the Indian captain from the team as he celebrates his 30th Birthday. Here's to many more match-winning moments and in the cabinet.

India all-rounder Ravindra Jadeja, on the other hand, urged Kohli to consume rice, flat bread (roti) and lots of sweets.

Kedar Jadhav added a bit of banter, saying "May you get younger and fitter with every passing day and handsome too."

Wishing you a lot of success and happiness in the year ahead. Happy Birthday, @imvkohli! pic.twitter.com/HcXX88rXJn

The video ends with Shastri's wish for the 30-year-old right-handed batsman.

"On behalf of the entire support team, a very happy birthday. Happy 25th, that's what we believe you are. Have an absolute blast," said Shastri.

Kohli broke a plethora of records in the recently-concluded five-match ODI series against the Windies.

Kohli, who has been rested for the ongoing three-match T20I series against the Windies, will return to the squad for India's tour of Australia, starting November 21.