Virat Kohli broke a plethora of records in the recently-concluded five-match ODI series against the Windies. 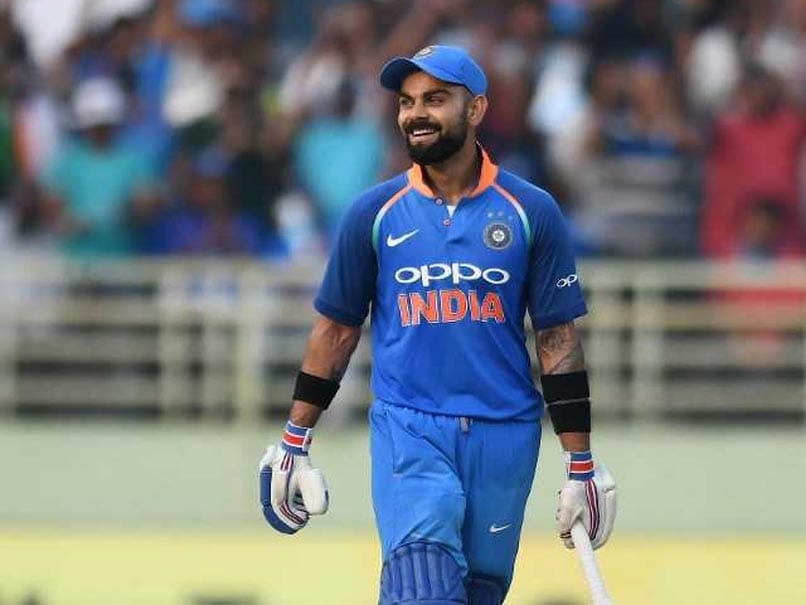 Virat Kohli has been on a record-breaking spree lately and legendary Australian cricketer Steve Waugh believes that the Indian skipper will go on to break every batting record except Don Bradman's average of 99.99. "He's (Virat Kohli) got the passion and hunger, the fitness, the desire, the intensity and he loves playing the game. Unless he gets seriously injured, I think he'll break all the batting records besides Bradman's average," Waugh said while talking to Cricket Australia. Bradman retired with a near-perfect average after being dismissed for a duck in his last international innings against England. Nevertheless, Australia won the match by 149 runs as Bradman ended his illustrious career on a high.

Coming back to Kohli, the 29-year-old has often been compared to the best in the sport and is being hailed as the best batsman across formats.

To put things in perspective, since January 2016, with 7,824 runs Kohli is the highest run-scorer in the world. England's Test skipper Joe Root is the next best with 6,371 runs.

He also leads the pack when it comes to the number of hundreds scored. Out of his 38 ODI hundreds, Kohli has scored 28 out of them in the last two years. Banned Australian cricketer David Warner and Kohli's deputy Rohit Sharma have scored 16 each since January 2016.

Even when it comes to average, Kohli is far ahead of his contemporaries. In the last two years, Kohli's runs have come at an average of 75.23, while Steve Smith, before being banned in March this year, scored at an average of 53.41.

Moreover, Kohli broke a plethora of records in the recently-concluded five-match ODI series against the Windies.

Kohli has been rested for the three-match T20I series against the Windies starting in Kolkata on Sunday. He will return to action for India's upcoming tour to Australia scheduled to start from November 21.

Virat Kohli Steve Waugh Cricket
Get the latest updates on ICC T20 Worldcup 2022 and CWG 2022 check out the Schedule, Live Score and Medals Tally. Like us on Facebook or follow us on Twitter for more sports updates. You can also download the NDTV Cricket app for Android or iOS.