Sachin Tendulkar Has A Special Birthday Message For Virat Kohli

Sachin Tendulkar took to Twitter to write a warm message for Virat Kohli. 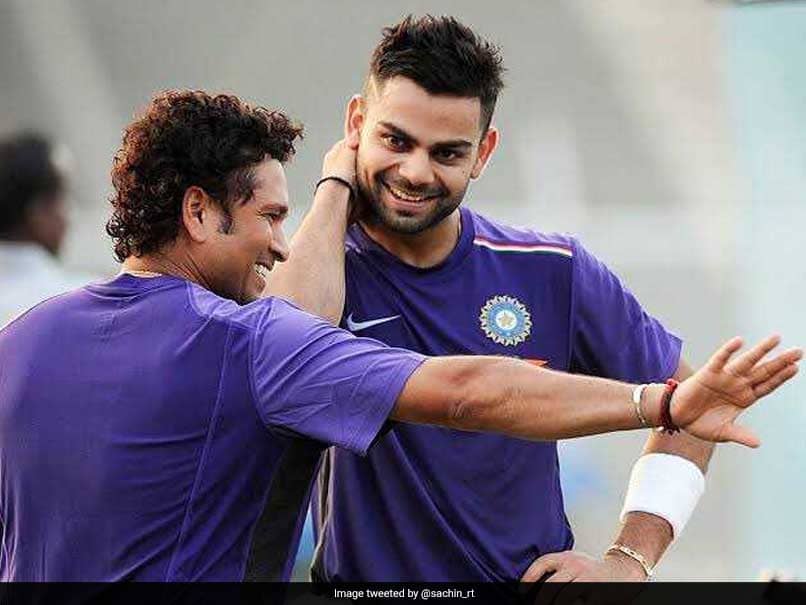 Sachin Tendulkar had a special birthday message for Virat Kohli on his 30th birthday.© Twitter

Wishes poured in for Virat Kohli as he celebrated his 30th birthday on Monday. Fans and cricketers alike took to Twitter to extend their warm wishes to the Indian cricket team captain. India cricket legend Sachin Tendulkar too took to Twitter to write a warm message for the birthday boy. "Wishing you a lot of success and happiness in the year ahead. Happy Birthday," tweeted Tendulkar with a photo of Kohli. The Indian captain, who recently became the first Indian to score three consecutive ODI hundreds, has been rested for the ongoing three-match T20I series against the Windies.

Wishing you a lot of success and happiness in the year ahead. Happy Birthday, @imvkohli! pic.twitter.com/HcXX88rXJn

Earlier in the day, Kohli's wife Anushka Sharma also uploaded photos on Twitter and wished husband on his 30th birthday.

Thank God for his birth pic.twitter.com/SzeodVBzum

Kohli, who is often compared to Tendulkar, has amassed 7,824 runs since January 2016, making him the highest run-scorer in the world. Tendulkar, on the other hand, had amassed 34,357 runs in his 24-year long career.

"I've never liked comparisons but what he has been able to achieve is fantastic. I am fond of his cover drives. What I like the most is his balance and the full stride out. Each batsman is recognised with one shot and cover drives belong to Kohli," Tendulkar said.