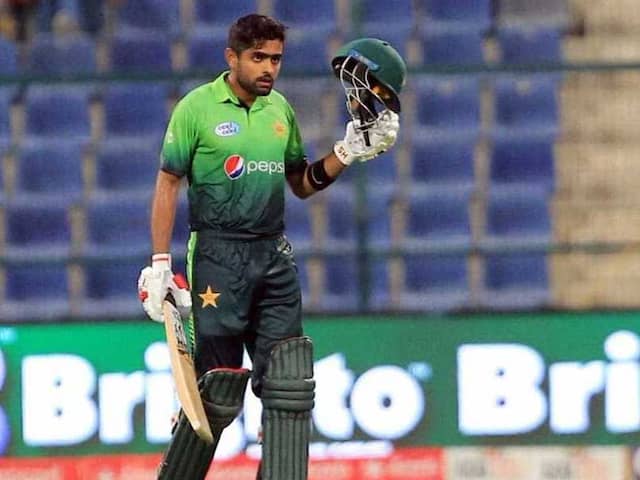 Babar Azam achieved the record in a match against New Zealand on November 4.© AFP

Pakistan batsman Babar Azam is now the fastest player to reach 1,000 Twenty20 International runs, as he achieved the feat during the third and final match of the T20I series against New Zealand on Sunday. Azam, who opened the innings for Pakistan against the Black Caps, scored 79 off 58 deliveries, and reached the 1000-run mark when he reached 48. With that, he overtook Team India captain Virat Kohli by one innings. Azam completed the landmark in just 26 innings, beating the previous record set by India's Virat Kohli, who reached 1,000 runs in 27 Twenty20 innings.

In the same match, Mohammad Hafeez scored a 34-ball 53 after Pakistan won the toss and chose to bat at Dubai stadium. Pakistan enjoy an unassailable 2-0 lead in the three-match series.

Kohli will resume cricket when India tour Australia down this month, starting with the T20I series on November 21.