MS Dhoni One Run Away From Scoring 10,000 ODI Runs

MS Dhoni's landmark is even more remarkable since he has largely batted in the lower middle-order and faced lesser overs. 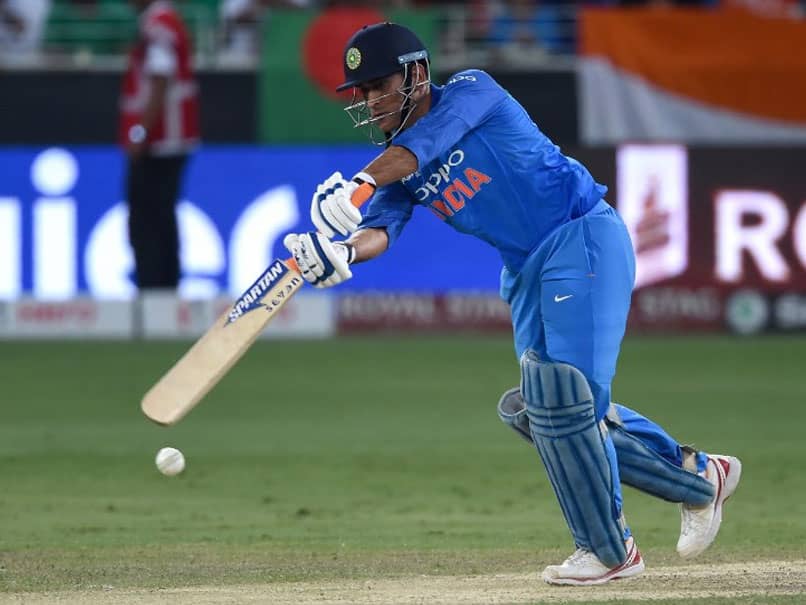 Virat Kohli toyed with the bowling attack in the first three games of the five-match ODI series against the Windies, becoming the first Indian to score three consecutive hundreds in the 50-over format. Moreover, in the second ODI in Visakhapatnam, Kohli scored an unbeaten 157, and in the process, became the fastest batsman to reach 10,000 ODI runs. The 29-year-old achieved the feat in 205 innings, surpassing batting maestro Sachin Tendulkar, who did it in 259 in 2001. While everyone is talking about Kohli's batting prowess, veteran Mahendra Singh Dhoni is also eyeing the 10,000-run club. The 37-year-old is just one run short of becoming the fifth Indian and 13th overall to join the elite club.

Dhoni has accumulated a total of 10,173 runs in the 50-over format, however, the record also contains the 174 runs which he smashed against the Africa XI, while representing the Asia XI in a three-match rubber in 2007.

Although Dhoni has been struggling with the bat and has failed to finish the games, his upcoming feat is special in its own right.

What sets Dhoni apart is that he will be the only lower middle-order batsman to score 10,000 ODI runs.

Pakistan's Inzamam-ul Haq batted in the lower middle-order as well, but 62 percent of his knocks were as a top-order batsman. In comparison, Dhoni batted up the order only in 47 of his 280 innings, which is roughly 17 percent.

Batting up the order gives batsmen the advantage of spending more time in the middle.

Dhoni, on the other hand, batted predominantly at number 5 or 6 and this disparity is clearly highlighted by the fact that Dhoni has far fewer centuries than most of the others in the group.

His continuous poor form had also resulted in him being axed from both the Twenty20 series against the Windies at home and in Australia.

Nevertheless, if the former India skipper enters the 10,000-run club in Thiruvananthapuram on Thursday, Dhoni and Kohli will be its only active members.