Rohit Sharma was not named in the India Test squad that will face the Windies in a two-match Test series, starting on October 4. 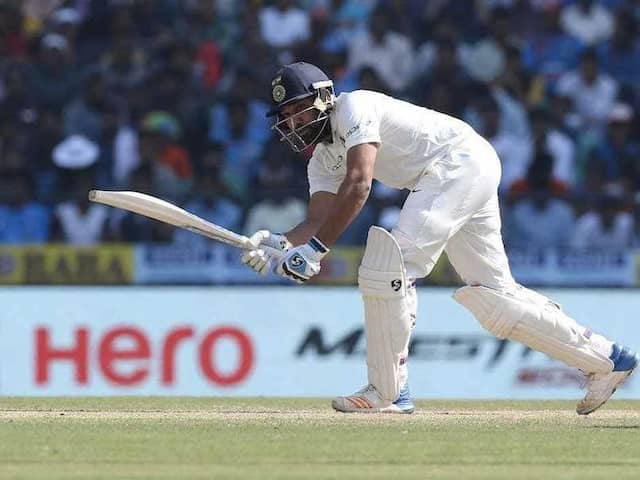 Rohit Sharma received a lot of praise for his batting performance as well as captaincy during the recently-concluded Asia Cup 2018, which India won by beating Bangladesh in a thrilling final. However, the stylish right-hander was omitted from the Indian Test team that will take on the Windies in a two-match series, starting October 4 at the Saurashtra Cricket Association Stadium in Rajkot. Instead of giving an in-form Rohit a chance in the longest format, the Indian selectors and think-tank decided to include young Prithvi Shaw, Mayank Agarwal and Hanuma Vihari in the 15-member squad.

Off-spinner Harbhajan Singh said he could not digest the Rohit's exclusion.

No @ImRo45 in test team against West Indies..what r the selectors thinking actually??? Anyone have a clue ??? plz let me know as I can't digest this

Fans too were left scratching their heads with the decision to leave Rohit out with many taking to Twitter to vent their anger.

The way @ImRo45 played against Pakistan for the super 4's match was not the usual way he plays, he played slow similar to what is played in test matches..!! #RohitSharma led the team to victory in #AsiaCup2018 still he is not picked up against West Indies WHY? @BCCI

Exclusion of Rohit sharma from Indian team for test against West indies is inexplicable. Damn this selection committee

Dear @BCCI why dropped Rohit Sharma from test squads IND vs WI??.. sme on u....plz don't include politics in cricket... it's a not a game it's a emotions.... I want reply from you ...why dropped????? He is nt doing good job? He is not md run in Asia cup?? #RohitSharma

As @SGanguly99 said, non inclusion of @ImRo45 in the test squad palying against WI is surprising. As the test team is not so rigid because of the brittle batting lineup, series against WI who are comparitively a weaker side is an oppertunity to find out a formula for the right...

Yes sir we all are very surprised when rohit sharma not picking for any test.i think virat is jealous with rohit https://t.co/RV3q4y0Xfz

#INDvWI Cruel of selectors & @imVkohli to have left out @ImRo45 from Test squad.Wasn't Rahane retained?Rohit's Test career has almost been destroyed by his frequent omission from Test team.Rohit is class.On current form, isn't he the best to open in Tests & to have led TestXI too

Look at the current selection committee members not a single member had played 10 test match and these ac bc cc they are selecting a team for test match series. I think this could be the reason for exclusion of #RohitSharma. pic.twitter.com/PgYd8vwdT4

Rohit Sharma finished the Asia Cup 2018 as the second highest run-getter behind only teammate Shikhar Dhawan.

Rohit, who captained India in the absence of Virat Kohli, scored 317 runs in five Asia Cup 2018 matches at an average of 105.67

Rohit last played a Test for India against South Africa in January earlier this year. The right-hander struggled to get going against the Proteas, scoring a total of 78 runs in four innings at an average of 19.50.

Rohit's underwhelming show saw him being dropped for India's one-off Test against Afghanistan. However, a good performance in UAE would have raised hopes of a Test call-up, however, the selectors thought otherwise and decided to give youngsters a chance.

Shikhar Dhawan Mayank Agarwal Prithvi Shaw India vs West Indies 2018 Cricket
Get the latest Cricket news, check out the India cricket schedule, Cricket live score . Like us on Facebook or follow us on Twitter for more sports updates. You can also download the NDTV Cricket app for Android or iOS.