Prithvi Shaw and Mayank Agarwal have been included in the squad while fast bowlers Jasprit Bumrah and Bhuvneshwar Kumar have been rested. 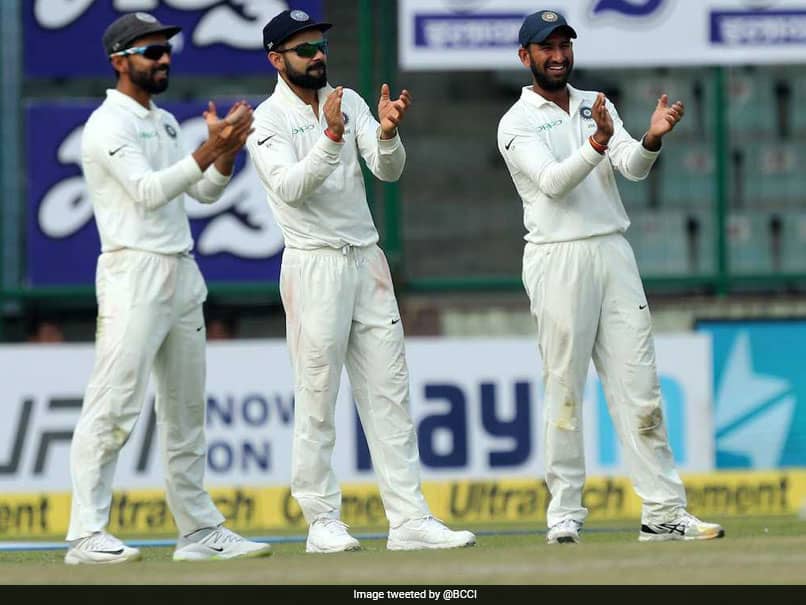 Virat Kohli will be leading India for the two-match Test series against the Windies.© Twitter

Virat Kohli will lead the 15-member Indian cricket team for the upcoming two-match Test series against the Windies, the national selection committee announced on Saturday. Kohli, who was rested from the recently-concluded Asia Cup 2018 in UAE, will return to international action with the Test series beginning on October 4 at the Saurashtra Cricket Association Stadium, Rajkot. However, there was no place in the team for opener Shikhar Dhawan, who struggled in the Tests against England. Prithvi Shaw and Mayank Agarwal have been included in the squad while fast bowlers Jasprit Bumrah and Bhuvneshwar Kumar have been rested.

"Taking stock of the recent workload, the selectors have decided to rest Jasprit Bumrah and Bhuvneshwar Kumar. Both Ishant Sharma and Hardik Pandya were not considered for selection as they are yet to recover from their injuries," a BCCI statement read.

The second Test against the Windies will start on October 12 and will be played at the Rajiv Gandhi International Stadium, Hyderabad.

After the completion of the Test series, India will host the Windies for a five-match ODI series followed by a three-match T20I series.

Shikhar Dhawan India vs West Indies 2018 Cricket
Get the latest updates on IPL 2021, IPL Points Table , IPL Schedule 2021 , live score . Like us on Facebook or follow us on Twitter for more sports updates. You can also download the NDTV Cricket app for Android or iOS.