Virat Kohli said that MS Dhoni will "remain valuable" as long as he continues playing the game even as team management grooms youngsters like Rishabh Pant. 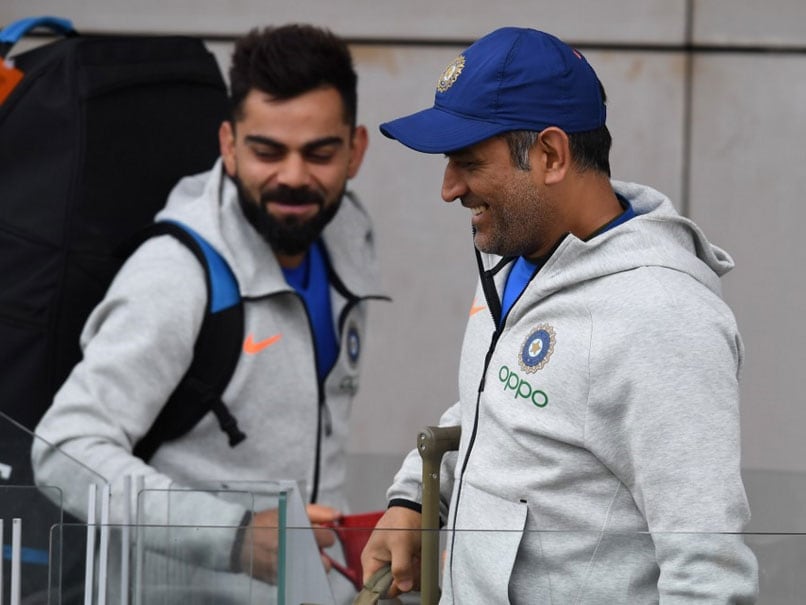 Virat Kohli sent social media into a meltdown when he tweeted a picture with MS Dhoni.© AFP

Virat Kohli sent social media into a meltdown on Thursday when he tweeted a picture from 2016, thanking MS Dhoni for making him "run like in a fitness test". Soon, there were speculations that Kohli's throwback tweet could be a farewell message for the former India captain. However, later in the day, chief selector MSK Prasad cleared the air by saying that the news about Dhoni's retirement was incorrect and there was no update on the matter. "No update on MS Dhoni's retirement, the news is incorrect," MSK Prasad said. On the eve of the first Twenty20 International (T20I) against South Africa, Kohli was asked what was on his mind when he tweeted that picture and he said that he has "learned a lesson" how things can be interpreted wrongly.

"I was sitting at home and I normally put out a photograph and it became a news item," Kohli said in Dharamsala on Saturday.

"I think it was a lesson for me, that the way I think, the whole world does not think that way. There was nothing in farthest stretch of my imagination while putting that picture out on social media," he added.

India had defeated Australia by six wickets in their last group stage match to qualify for the T20 World Cup semi-finals.

"A game I can never forget. Special night. This man, made me run like in a fitness test", Kohli wrote with the picture.

"Like what did I write. I remember that game even now, every now and then. I never spoke about that game and so I thought I put up a post. Now people interpreted it in a different manner in which there was not even an iota of truth," Kohli clarified.

In recent times, Dhoni has often faced criticism for his poor form and ponderous style of batting.

Talking about the 38-year-old's future, Kohli said that Dhoni will "remain valuable" as long as he continues playing the game even as team management grooms youngsters like Rishabh Pant.

"One great thing about him (Dhoni) is that, he thinks for Indian cricket. And whatever we (team management) think, he is on the same page. The alignment is there. The kind of mindset he has had about grooming youngsters and giving them opportunities, and he is still the same person," Kohli said.

The remaining T20Is will be played in Mohali (September 18) and Bengaluru (September 22).