After the T20Is, India will play three Test matches against South African in October. 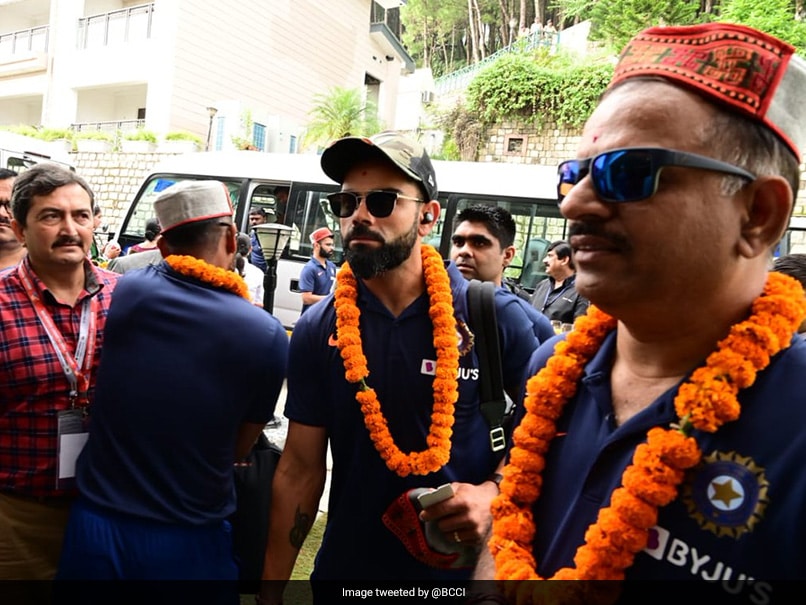 The Indian cricket team touched down in Dharamsala for the 1st T20I.© Twitter

The Indian cricket team, on Friday, touched down in Dharamsala for the opening game of their three-match Twenty20 International (T20I) series against South Africa at the Himachal Pradesh Cricket Association's stadium on Sunday. The visiting team had arrived in Dharamsala on Monday. The two other T20Is will be played in Mohali (September 18) and Bengaluru (September 22). MS Dhoni, who skipped India's tour of the West Indies due to military duty, is not part of the 15-man squad for the series.

A traditional welcome for #TeamIndia as they arrive in Dharamsala ahead of the 1st T20I against South Africa.#INDvSA pic.twitter.com/oUSxwUQ6ag

Fit-again all-rounder Hardik Pandya is the only change from the squad that white-washed the West Indies in three T20 games last month.

In Dhoni's absence, Rishabh Pant is being groomed to take over as the team's first-choice wicketkeeper.

After the T20Is, India will also play three Test matches against the visiting South Africans in October.

"Excited to be back in India and looking forward to playing cricket again," South African pace spearhead Kagiso Rabada wrote in a tweet. Wicketkeeper-batsman Quinton de Kock has been designated as South Africa's captain for the T20I series, replacing Faf du Plessis.

South Africa Cricket Team India vs South Africa, 2019 Cricket
Get the latest updates on Fifa Worldcup 2022 and check out  Fifa World Cup Schedule, Stats and Live Cricket Score. Like us on Facebook or follow us on Twitter for more sports updates. You can also download the NDTV Cricket app for Android or iOS.