South Africa were 9/2, trailing India by 488 runs, when bad lights forced early stumps for a second successive day in Ranchi. 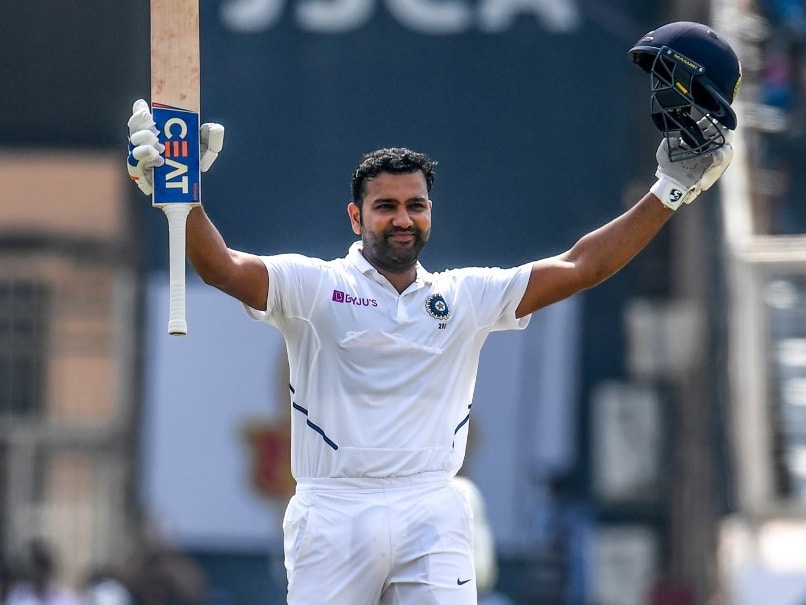 Rohit Sharma smashed a double century and fast bowlers Umesh Yadav and Mohammed Shami struck early with the new ball to help India tighten their grip on the third Test against South Africa in Ranchi. South Africa were 9/2, trailing India by 488 runs, when bad lights forced early stumps for a second successive day at the JSCA International Stadium Complex on Sunday. Opener Dean Elgar was caught behind for a duck on the second ball of the first over by Mohammed Shami, while Quinton de Kock lost his wicket to Umesh Yadav for four in the subsequent over.

India's new Test opener Rohit Sharma continued from where he left on Day 1, when India were 224/3 before bad lights forced early stumps on Saturday.

Rohit scored his maiden Test double century and became only the third Indian and fourth overall after Sachin Tendulkar and Virender Sehwag to score a double hundred in both Tests and One-day Internationals.

The 30-year-old opener lost his wicket to Kagiso Rabada soon after completing his double century. Rohit scored 212 runs off 255 balls, including 28 boundaries and six sixes.

Ajinkya Rahane, resuming from 83 overnight, reached the magical triple digits for the 11th time in his Test career. This was Rahane's first Test hundred at home in over three years. The last time he scored a hundred in the longest format against South Africa was back in 2015.

Rahane scored 115 runs off 192 balls, including 17 boundaries and a six, to contribute to India's big total.

Umesh Yadav hogged all the limelight towards the end with his late burst, scoring a 10-ball 31 to give India a hope of reaching 500. Umesh smashed five sixes, which also inspired Shami score a maximum as India declared for 497/9 at the stroke of Tea.

JSCA International Stadium Complex, Ranchi
Get the latest updates on T20 World Cup, check out the T20 World Cup Schedule and Live Score . Like us on Facebook or follow us on Twitter for more sports updates. You can also download the NDTV Cricket app for Android or iOS.