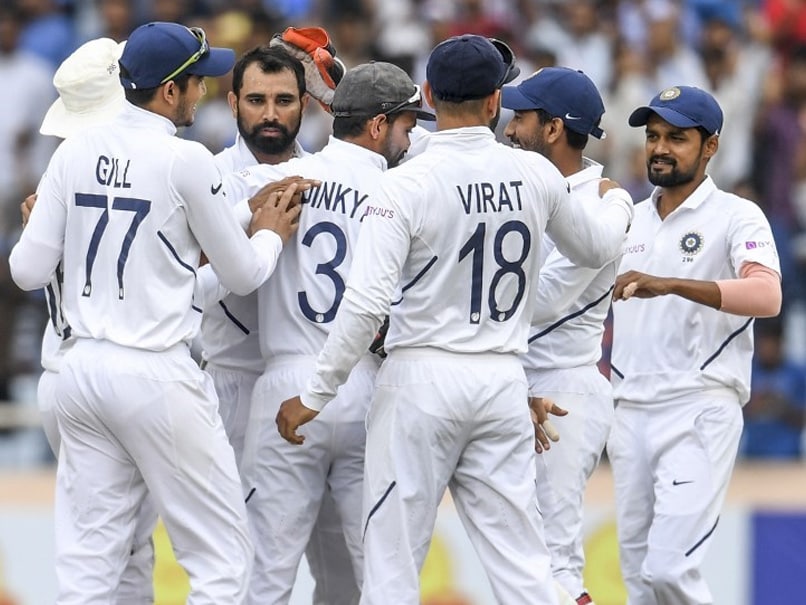 It is stumps early on Day 2 due to bad light again in Ranchi, with South Africa in tatters after India struck twice in the first two overs. India declared for 497/9 after stunning knocks from Rohit Sharma and Ajinkya Rahane put them in a dominating position against South Africa. Rohit Sharma, who scored 212, put up a 267-run stand with Ajinkya Rahane, who was dismissed for 115. Ravindra Jadeja added 51 to India's tally and Umesh Yadav added the final flourish for India with an entertaining 10-ball 31. George Linde was South Africa's only positive on the day, picking up four wickets. Kagiso Rabada took his tally to three for the match when he got the big wicket of Rohit Sharma. Mohammed Shami got Dean Elgar's wicket on the second ball of the innings before Umesh Yadav had his fellow opener Quinton de Kock caught behind with a bouncer before umpires stopped play. (LIVE SCORECARD)

Ajinkya Rahane Live Blogs Cricket
Get the latest updates on Fifa Worldcup 2022 and check out  Fifa World Cup Schedule, Stats and Live Cricket Score. Like us on Facebook or follow us on Twitter for more sports updates. You can also download the NDTV Cricket app for Android or iOS.