Ajinkya Rahane brought up his first Test century at home in over three years as he dominated the South Africa bowling attack along with Rohit Sharma to put India on top in the third Test. 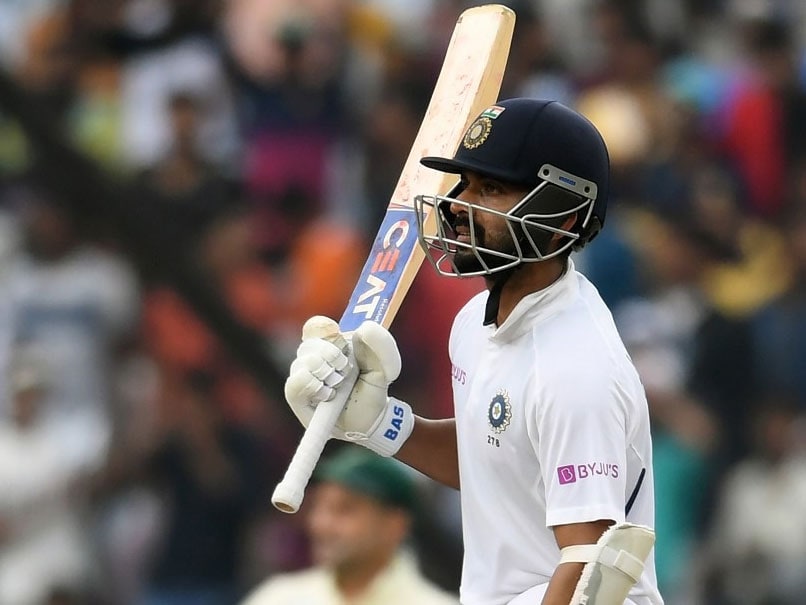 Ajinkya Rahane brought up his 11th century in the third Test against South Africain Ranchi on Sunday. India resumed their innings from 224 for three on Day 2 after bad light and rain interrupted the proceedings on Day 1 soon after the Tea break. Ajinkya Rahane came into bat when India were in trouble at 39 for three and steadied the ship with Rohit Sharma. Rahane smashed 14 boundaries and one six to reach the magical three-figure mark. The 31-year-old put on a 200-plus stand for the fourth wicket with Rohit. This was Rahane's first Test hundred at home in over three years. The last time he scored a hundred in the longest format against South Africa was back in 2015.

On Saturday, South Africa started well and picked up quick wickets but once Ajinkya Rahane joined Rohit Sharma in the middle, the Indian pair started to dominate the bowlers.

Rahane came out with positive intent and completed his half-century in just 70 balls. His scoring-rate helped Rohit at the other end who slammed his sixth Test hundred on the opening day of the third Test.

In the match, after winning the toss, India opted to bat at the JSCA Stadium in Ranchi.

Mayank Agarwal was dismissed for 10 in the fifth over by Kagiso Rabada and Cheteshwar Pujara was sent back without troubling the scorers as he was caught right in front of the stumps by Rabada.

Anrich Nortje got his first Test wicket in Virat Kohli when a close LBW call went in favour of the visitors.

At the time of writing, India were in a commanding position with 274 runs on the board and seven wickets in hand.