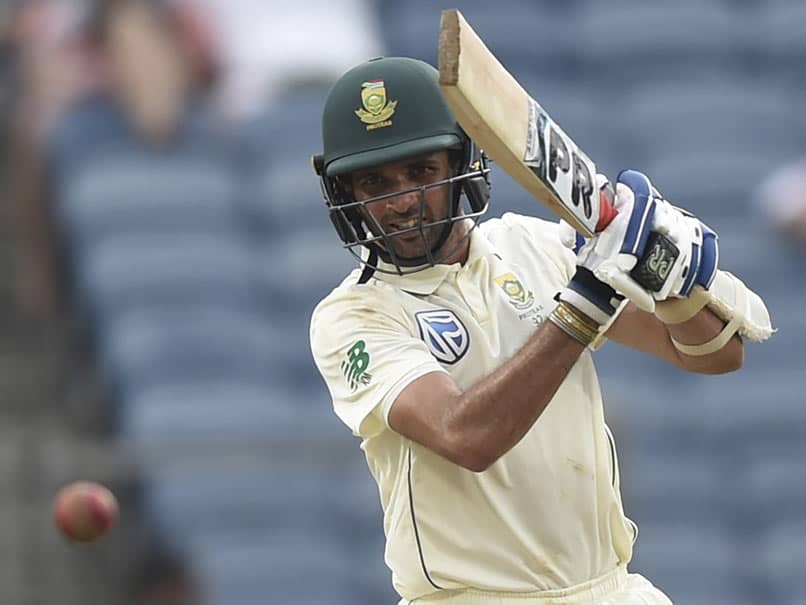 Left-arm spinner Keshav Maharaj, who braved a sore shoulder to top-score for South Africa with a gritty 72 on Day 3 of the second Test against India in Pune on Saturday, said the Proteas must stay positive and try to put some pressure on India. Ace India off-spinner Ravichandran Ashwin picked up four wickets to pour cold water on Maharaj's career-best score as the visitors' first innings folded for 275, still 326 runs behind India's first innings tally of 601/5 declared.

Maharaj batted brilliantly to justify his two centuries in first-class cricket as he joined hands with Vernon Philander (42 not out) for a gritty 109-run stand for the ninth wicket. The duo came together when the tourists were reeling at 162/8.

Maharaj faced 132 balls and hit 12 fours in the course of his knock.

"It's very sore (shoulder), I dived on it yesterday, lots of bruising. But hopefully, I will be fine going further into the series," Maharaj said after the match.

"Myself and Vernon (Philander) decided that trying to go to tea unscathed was the first target. I was a bit injudicious at times (being a lower order batsman), but he (Philander) kept me in my mind and space and I managed to get some runs.

"We wanted to spend as much time in the middle as possible. I don't know what India will do, but we need to keep being positive, don't go into a shell and try and build some partnerships and transfer some pressure back on India," Maharaj said.

On his gameplan, the 29-year-old said: "I sat with Prasanna Raman (South Africa's analyst) last night, the gameplan for me going forward was to how to play spin... I wanted to try and go outside the off-stump, for (Ravindra) Jadeja, I tried to get my left leg out of the way."

Maharaj also informed that the pitch was not in a good shape, making run-scoring difficult.

"The wicket is deteriorating, it's becoming difficult to score runs and (Mohammed) Shami got it to reverse as well. But think we managed it well," he said.

It's not sure whether India will enforce the follow-on or come out to bat on Day 4.