India vs New Zealand: Harshal Patel became only the second Indian batter after KL Rahul to be dismissed hit-wicket in T20Is. 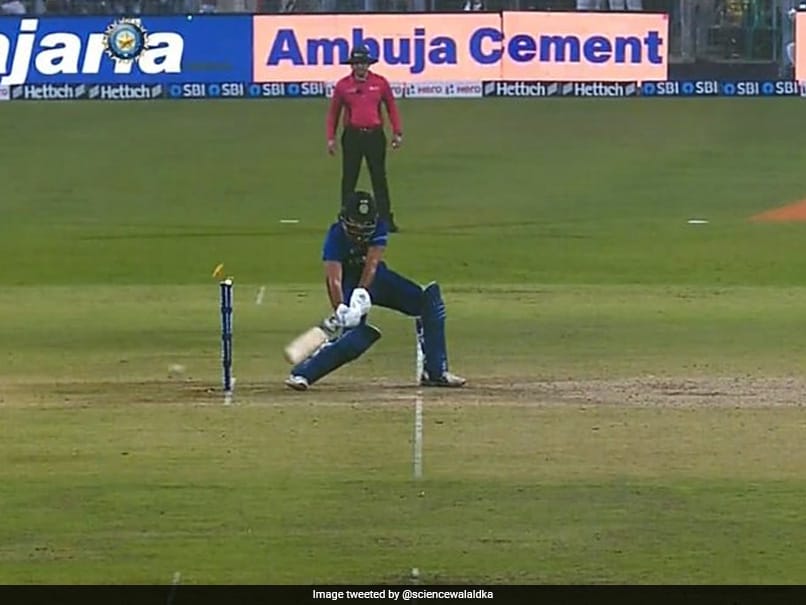 IND vs NZ: Harshal Patel was dismissed hit-wicket in the 3rd and final T20I vs New Zealand.© Twitter

India won the third and final T20I against New Zealand by 73 runs at the Eden Gardens in Kolkata and managed to secure a second consecutive whitewash over the Blackcaps in the shortest format. Axar Patel was adjudged the player of the match for his figures of 3/9 in three overs after India set a target of 185 runs for the visitors to chase. Meanwhile, during India's innings, bowling all-rounder Harshal Patel, who was playing just his second T20I, was dismissed in bizarre fashion. Harshal made a handy contribution of 18 runs in 11 balls with the bat during his maiden batting innings for Team India. The 30-year-old was dismissed hit-wicket on the third ball of the 19th over from a Lockie Ferguson delivery.

After smashing the first ball of the over for a maximum to long-off, Patel tried to play a cut shot to a delivery that was wide outside the off-stump but missed it completely and ended up hitting the stumps with his bat. In the process, he became only the second Indian batter after KL Rahul to be dismissed in the same fashion in T20Is.

#IndVsNZ A very strange dismissal as #HarshalPatel is out hit the wicket! 2nd Indian after #KLRahul to be out in this manner. Harshal was standing very far back in his crease. pic.twitter.com/jctmbfafDD

Earlier, skipper Rohit Sharma top-scored for the Indian team with his 56-run knock.

Both the teams will next take part in a two-match Test series starting November 25. Ajinkya Rahane will lead the Indian team in the first Test at Green Park in Kanpur while regular skipper Virat Kohli will join the team for the second match in Mumbai.

For New Zealand, their star player Kane Williamson will join the Test squad and lead the team after taking a break from the T20I series against India.

New Zealand Cricket Team India vs New Zealand 2021 India vs New Zealand, 3rd T20I Cricket
Get the latest updates on Fifa Worldcup 2022 and check out  Fifa World Cup Schedule, Stats and Live Cricket Score. Like us on Facebook or follow us on Twitter for more sports updates. You can also download the NDTV Cricket app for Android or iOS.