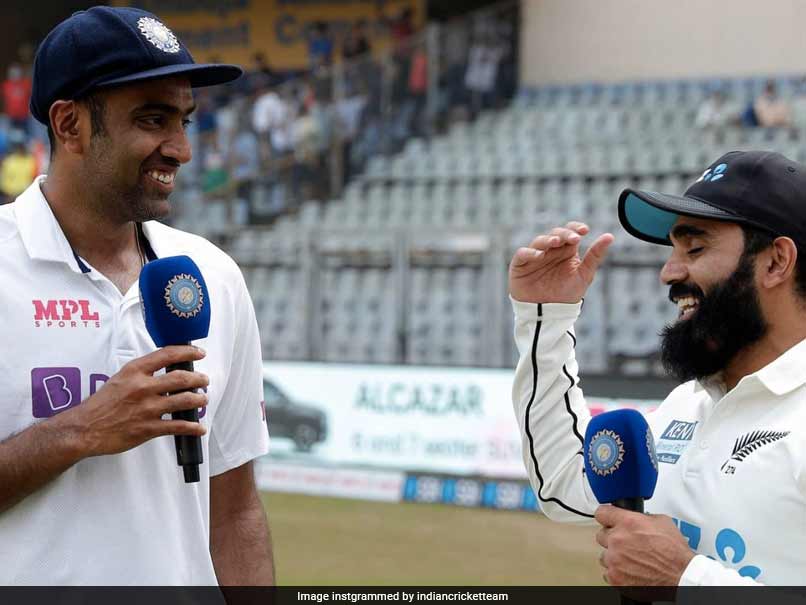 Indian cricket team's spinner Ravichandran Ashwin gathered 43 rating points as he reached a total of 883 to be ranked 25 points behind top-placed bowler Pat Cummins and 67 points ahead of third-placed Josh Hazelwood in the MRF Tyres ICC Men's Test Player Rankings. Ashwin also moved up one place to take the second place in the list of all-rounders while Ravindra Jadeja slipped to fourth. Opening batter Mayank Agarwal and New Zealand left-arm spinner Ajaz Patel climbed in the latest rankings after a successful two-match Test series on an individual front. After a mediocre first Test in Kanpur, Mayank registered scores of 150 and 62 runs in both the innings of the second Test at the Wankhede Stadium in Mumbai.

Mayank's fighting knocks on a turning pitch went a long way in helping India win the second Test and clinch the series 1-0. Mayank went up 30 spots and reached 11th position in the latest weekly update to the men's rankings.

Ajaz, on the other hand, moved up 23 slots to 38th position in the Test bowler's rankings following his memorable 10-wicket haul in an innings in the Mumbai Test.

Ajaz ran through the defences of the entire Indian team as he grabbed all the headlines to become only the third player in the history of Test cricket to take 10 wickets in an innings.

England spinner Jim Laker was the first player to achieve the feat in 1956 as he claimed all 10 wickets in an Ashes Test versus Australia.

India's former captain and head coach, Anil Kumble joined the elite list in 1999 as he bamboozled the Pakistan batting line-up with 10 wickets in Delhi.

Ravichandran Ashwin India vs New Zealand 2021 Cricket
Get the latest updates on Fifa Worldcup 2022 and check out  Fifa World Cup Schedule, Stats and Live Cricket Score. Like us on Facebook or follow us on Twitter for more sports updates. You can also download the NDTV Cricket app for Android or iOS.